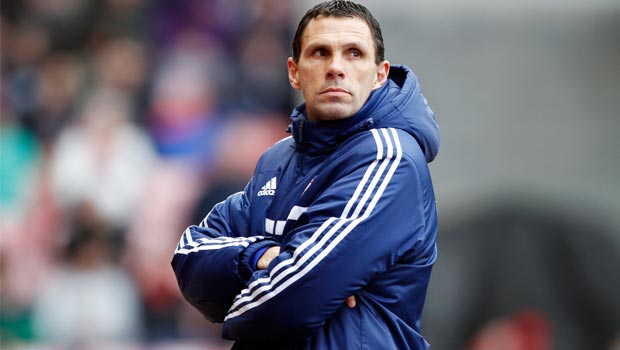 Gus Poyet remains optimistic that he can pull off the great escape and save Sunderland from relegation this season after the Black Cats stunned Chelsea at Stamford Bridge with a 2-1 on Saturday evening.

Sunderland had been on course to pick up a valuable three points in midweek against Manchester City only for a late Vito Mannone error, which allowed Samir Nasri’s strike to find the back of the net.

On the face of it, a draw at the Etihad Stadium is no mean feat but they went one better this weekend, coming from a goal down to pick up all three points and give themselves more hope of survival.

It is all in stark contrast to the mood in the camp a couple of weeks ago when Poyet admitted his side ‘needed a miracle’ after a 5-1 defeat at Tottenham, with the situation getting worse following a 1-0 home defeat to Everton.

Although Sunderland remain bottom of the Premier League, they are now just three points adrift of safety and Poyet’s demeanour has certainly lifted.

“As soon as I said we needed a miracle, things changed.

“The players kept believing. We needed something special and it happened in the last four or five days.”

One thing that is very much in Sunderland’s favour is the fact that three of their last four games are at the Stadium of Light, starting with a massive relegation clash against Cardiff City next Sunday.

The Black Cats’ recent form has seen them installed as the 1.87 favourites to secure the points, with the Bluebirds on offer at 3.61 and the draw at 3.47.

Poyet will then take his men to Old Trafford to take on Manchester United before rounding off the season at home against strugglers West Brom and Swansea.