Newcastle 0-3 Sunderland: ‘One of my greatest days’ – Poyet 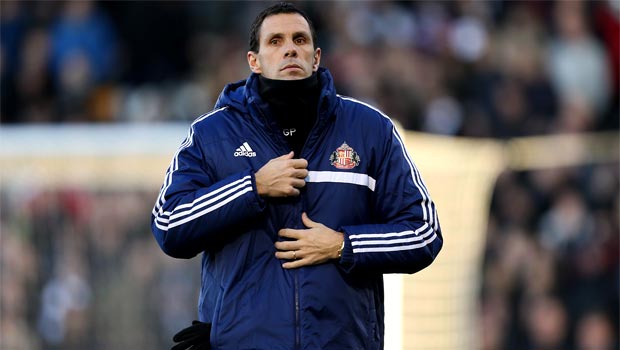 Gus Poyet says his Sunderland side’s magnificent 3-0 win away at local rivals Newcastle United was one of his greatest days in football.

A Fabio Borini penalty and an Adam Johnson strike saw the Wearsiders go in at the break two goals to the good and after controlling the second stanza, Jack Colback’s late goal saw them emulate last season’s famous win on Tyneside.

It means Sunderland, who are currently 37.00 to win the FA Cup, have now moved up to 14th in the table and although they are still just two points away from the relegation zone, the psychological benefits of rising up the table will undoubtedly have boosted the squad.

Poyet had an illustrious playing career at both club and international level but admits the win at St James’ was one of the highlights of his time in football and has saluted his players for their performance.

“It is one of the best days I’ve had in football,” he said in his post-match press-conference. “There is no doubt about that.

“The key was the start to the game and the players deserve all the credit for the way they approached it,” the Uruguayan later told the Sunderland Echo. “They knew how difficult it was going to be.

“They needed to be strong and tense and focused but also needed to be relaxed. It’s a difficult combination but they managed it and then when we put the penalty away it gave us the perfect boost.”

The result means Sunderland are now on a run of just one defeat in 14 games in all competitions and Poyet will be looking to give his fans plenty more special days, starting with the Capital One Cup final in March, with his side 5.70 to lift the trophy, while opponents Manchester City are understandably favourites at 1.13.