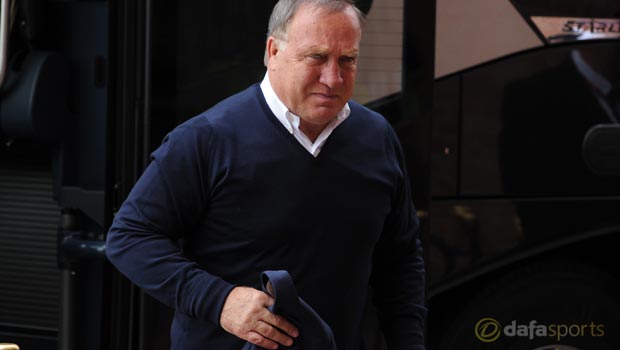 Sunderland manager Dick Advocaat has admitted he needs another “two or three” signings before the transfer window closes.

The Black Cats, 1.61 to be relegated, picked up their first point of the season following a 1-1 draw against Swansea on Sunday.

A goal from Jermain Defoe ensured that Advocaat’s side moved off the bottom of the table after earlier defeats to Leicester City and Norwich City.

With just a week left until the end of the transfer window, Advocaat is currently on the lookout for new signings as he tries to boost his squad.

The club have been linked with Fabio Borini, Alexandre Pato and Jonathan de Guzman and the club could be busy in the final few days of the window.

Advocaat told the Chronicle Live: “If we don’t get players in, then we will have almost the same players as last year.

“We definitely need players. We need two or three in good positions to get more competition in the squad, that’s important.”

He said: “A player can think ‘It doesn’t matter how I play, I will play next week’, so you need competition in the games, but also in training so they don’t feel it is easy. For some it is easy.

“I was happy with how the players played. The only weak point is they cannot do that every week.”