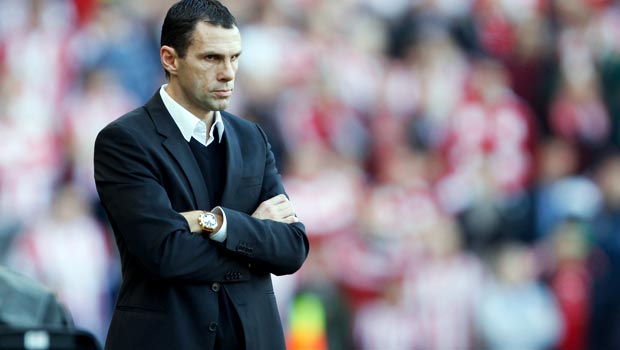 Gus Poyet claims Sunderland will only start moving forward when he works out what the long-standing problem with the club is and then manages to find a solution.

The Black Cats’ boss appears set to take the club down to the Championship this season as they sit at the foot of the Premier League table, seven points from safety with six games remaining including trips to Manchester City and Chelsea on Wednesday and Saturday respectively.

The Wearsiders have also lost their form at the wrong time as they have now gone eight games without a win, losing seven of those and have a mountain to climb if they are going to survive.

However, Poyet has spoken out to suggest there is something “wrong” at the club, and has been for some time, with the only chance of future progression is if he can get to the root of the problem and fix it.

“I think there’s something wrong in the football club and it’s not an excuse. I need to find that. If I don’t find it, we’ve got a problem,” said Poyet.

“I don’t want to get away from the responsibility because I said on Monday night I am responsible. I am the first one. But who is going to be next? A, B, C – you can call him anything and the club will be in the same situation.

“I don’t like it, it’s not me. I need to find the solution and whatever it is, I need to put it there.

“That’s me. I cannot promise I will get this club safe because it would be silly. I would be lying to you. But I’m going to leave it a better club.”