Posted by Robert Morris on September 6, 2015 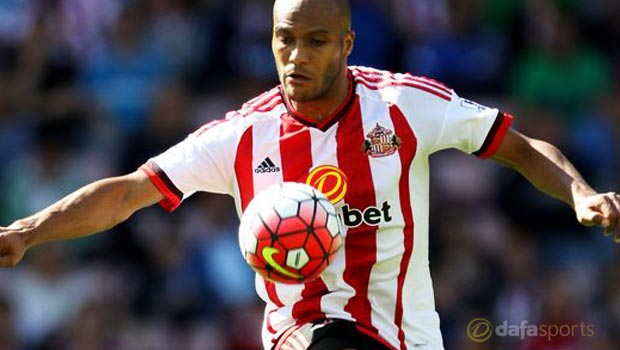 Younes Kaboul admits he was glad to see the transfer window close, insisting the Sunderland squad can now fully focus on improving their early season form.

Dick Advocaat’s side failed to win any of their opening four Premier League games, leaving them bottom of the table with just two points on the board.

Kaboul, signed from Tottenham this summer, says the transfer window closing gives players a chance to sharpen their focus for the job at hand.

“It’s always better when the transfer window is finished. Now we can concentrate and focus on the group and crack on,” said the central defender.

Before the window closed, Advocaat secured the services of Kaboul’s former White Hart Lane teammate DeAndre Yedlin on a season-long loan and the Frenchman is confident the full-back can make his mark at the Stadium of Light.

He said: “He is a very good signing for us; he is very quick. He is a great full-back and will bring a lot to the club.

“He has a lot of quality and that will only benefit the squad.”

Kaboul and Yedlin will hope to help shore up a Black Cats defence that leaked ten goals in their opening four games – the worst defensive record in the Premier League so far.

Tottenham visit the Stadium of Light next Sunday, with Sunderland 3.80 to record their first win of the season by beating Mauricio Pochettino’s side.