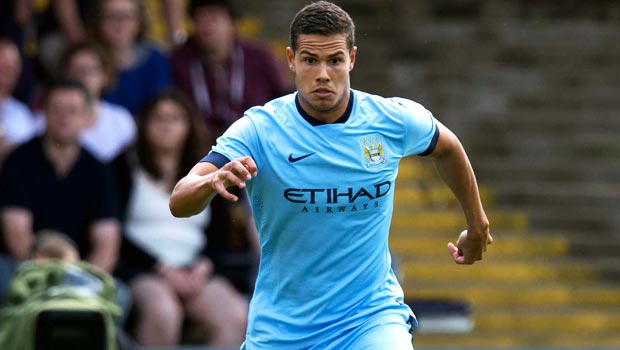 Sunderland are close to signing Manchester City midfielder Jack Rodwell on a permanent transfer, according to reports.

Rodwell is expected to leave Manchester City this summer after failing to cement a first-team place in his two years with the club.

The midfielder has fallen further down the pecking order following the arrival of Frank Lampard and Fernando and it is now believed Sunderland are leading the chase for his signature.

A total of 10 Premier League clubs have shown an interest in signing Rodwell but reports on Monday suggest the player has arrived on Wearside ahead of a permanent deal.

The 23-year-old former Everton man made just 10 appearances for City last season, with injuries hampering his progress at the Etihad Stadium.

He joined the Premier League champions in a deal worth £15million in 2012 but has managed only 16 league appearances since his arrival.

Rodwell has been capped three times for England, his most recent appearance coming as a second-half substitute in a 2-2 draw with Brazil in June 2013.

Sunderland are also being linked with a move for free agent Samuel Eto’o and could find out if they are signing Fabio Borini in the next 48 hours.

One player who is being linked with a move away from the Stadium of Light is striker Connor Wickham, who has emerged as a target for West Ham United as they seek a replacement for the injured Andy Carroll.

Sunderland, who narrowly avoided the drop last season, are 5.50 to be relegated in 2014/15. The beaten Capital One Cup finalists are also 46.00 to go one further and lift that trophy next year.