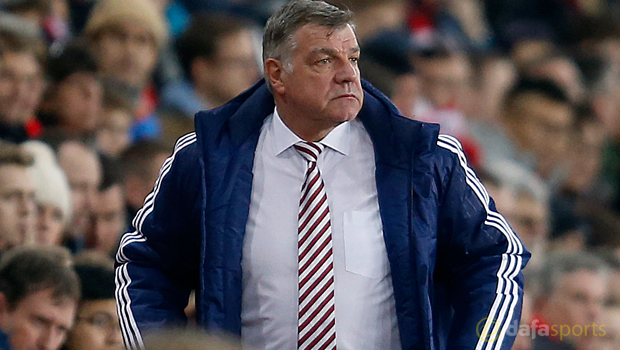 Sam Allardyce says Jermain Defoe is capable of scoring the goals that will help Sunderland avoid relegation this season.

The Black Cats boss also believes the former England frontman is capable of doing so by playing in a lone striking role.

Allardyce says Defoe is ready, willing and able to play up top on his own but that his team-mates must be there to support him and provide him with the chances to put the ball in the back of the net.

According to Allardyce, it is a myth Defoe cannot play up front alone.

“Why has everybody constantly said he can’t play up front on his own?” he told reporters.

“I’ve listened to everybody else say that, but I’ve decided to have a go with it.

Allardyce says he is fine with Defoe playing little or no part in the build-up play, so long as his team-mates are fully aware of his role in the team.

“Maybe everybody has to realise that he’s there to provide for; that he’s the end product, not there to be part of the build-up or to be a hold up player like Steven Fletcher, but to put the ball in the back of the net,” he said.

Adapting their approach play to put chances on the table for the 33-year-old will bring familiar results according to the Sunderland boss.

He added: “We have to change our style to say we have to play through midfield, have to do better in wide positions, have to play better and cleverer balls for Jermain to get in goalscoring positions.

“If we do that, he’ll score goals and win us games.”
Sunderland are 1.22 to be relegated following Saturday’s win against Aston Villa, who are now 1.02 to go down.