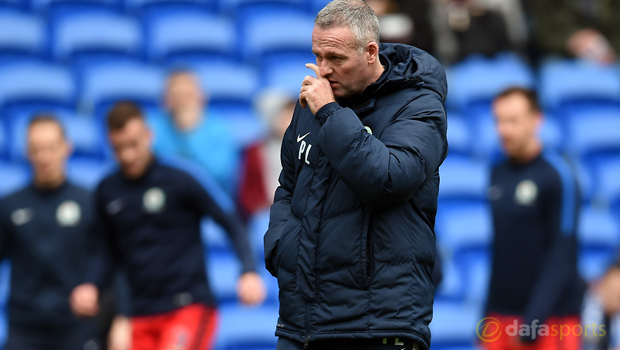 Paul Lambert is challenging his Blackburn Rovers squad to respond quickly to the slump that has seen them lose three Championship games on the trot.

The defeat at Cardiff on Saturday was Rovers’ third straight 1-0 reverse and, with a stalemate against Nottingham Forest prior to that, the Ewood Park side have failed to trouble the scoreboard since a 1-0 win against Rotherham on December 11.

Their current run is in stark contrast to the burst Blackburn made when Lambert arrived to fill to void left by Gary Bowyer in November.

They won three of their first games under the ex-Aston Villa boss and were starting to look towards the play-off places. Now languishing in 17th spot, Lambert says they must act quickly to stop the rot.

“We’ve got to get through this little period of time of difficulty, we will do it but we’ve got to do it quickly,” he told reporters.

“We’ve got to come through this difficult moment and take the criticism that comes our way and we’ve got to turn it around.”

Blackburn go to Newport County in the FA Cup this weekend before home league games against QPR and Brighton.
The Rovers boss felt his side were hard done by in the defeat at the Cardiff City Stadium, claiming they were denied two good penalty appeals.

While he insisted they hadn’t got the “rub of the green” in that regard, Lambert makes no secret they have to improve on their own end-product first and foremost.

He said: “Chances were there, our decision making in the final third was really poor, it should have been a lot better than what it was.

“We got in some good areas to make things count, we have to keep working hard at training and that’s what we’ll do.”
Blackburn are 1.73 to win at Newport County on Saturday. The League Two outfit are 5.00 while the draw is 3.40.