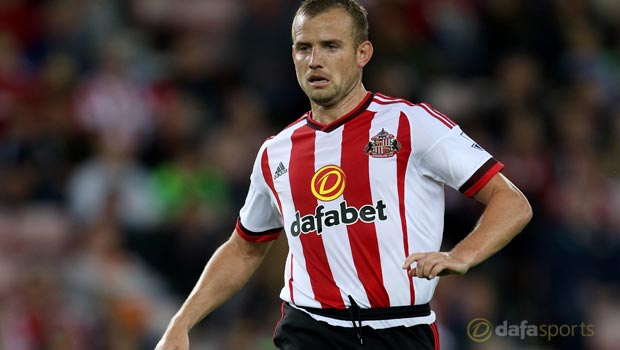 Sunderland boss Dick Advocaat is pondering what to do with his midfield ahead of the clash with Spurs on Sunday and may leave Lee Cattermole out.

The midfield hard man has not been at his best this season and has given away penalties in two out of their four Premier League games so far. As a result, he could find himself out of the side as the battle for midfield places has hotted up with new arrivals in the summer.

Cattermole appears to be in a battle with Jack Rodwell, Seb Larsson and French international Yann M’Vila, who has been an instant hit since his arrival.

The capture of Ola Toivonen, in particular, has not helped matters and Cattermole faces being benched, despite his huge influence in Sunderland’s battle against the drop in recent seasons.

“You will not hear any bad words about Lee from me because last season he did a really great job for this club,” said Advocaat, who also has fit-again Jordi Gomez as midfield options.

“Maybe he’s not in the right shape, particularly when he doesn’t have a direct man (to mark). That’s why we changed it at Villa.

“But we’re going in the right direction, believe me.”

Sunderland are priced at 4.00 for the victory over a Spurs side who have made a stuttering start to the season, while the draw is 3.5 and an away win is 1.95.

The Black Cats sit at the foot of the Premier League table with just two points to their name and although Spurs are in 16th spot, they only have a point more than Sunderland. A home win would see Advocaat’s side leapfrog the north London giants in the table.