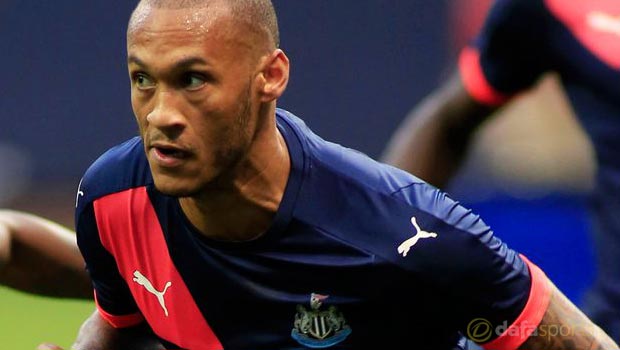 Blackburn Rovers boss Gary Bowyer is pondering some loan additions to his first team squad but he may fail in his effort to land Yoan Gouffran.

Reports in the north east claim the Frenchman will reject a move away from Newcastle in favour of fighting for his place in Steve McClaren’s side.

The winger has slipped down the pecking order at St James’ Park and a loan move to a club in the Championship had been mooted now the emergency loan window is open.

Blackburn are in the hunt for a wideman now that Swansea City have recalled winger Modou Barrow to South Wales and could offer him the chance to get some regular game time under his belt.

However, reports claim the 29-year-old has no interest in dropping down a division. Bowyer has room for two more additions to his squad under the terms of the club’s Financial Fair Play embargo.

It was thought that the manager would always keep one place open in his squad in case of injuries but with the return of Gambian international Barrow to Swansea, Bowyer is now short of attacking options.

Meanwhile, Nigeria midfielder Hope Akpan has returned to full training ahead of Sunday’s game at Fulham and the hope is he will be fit to play.

Akpan missed the goalless draw with Bolton before the international break due to an ankle injury, but he trained with the team on Monday as they prepare for the clash with Fulham.

“I was upset about not being able to participate in the Bolton match, but that’s just part and parcel of the game,” Akpan said.

“I’ve been back training during the international break so I’m just trying to get back fully fit and be ready for selection against Fulham on Sunday.”