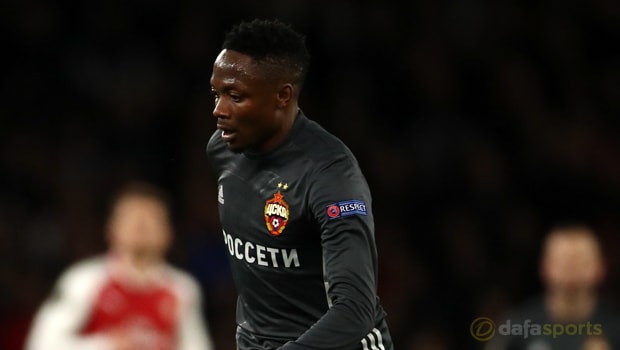 Ahmed Musa is edging close to a summer exit from Leicester City with reports suggesting Galatasaray have an agreement in place with the forward.

Nigeria international Musa, who is part of his country’s 2018 World Cup squad, arrived at the King Power Stadium in 2016 from CSKA Moscow for a then club-record fee of £16.6million.

However the forward, whose contract runs until the summer of 2020, has failed to live up to the hype and has made just seven Premier League starts during his time with the Foxes.

The 25-year-old returned to his former Russian employers on loan in January this year for the second half of the season and managed to rediscover some form, scoring six goals from 10 league appearances.

Musa’s Leicester career appears to be all but over and there are reports claiming he has agreed in principle to move to Turkish outfit Galatasaray for the 2018/19 campaign.

It is claimed the Jos-born star will join on a year-long loan, with the Lions then having the option to make the move permanent at the end of the temporary spell.

However, the stumbling block at the moment is the fact Leicester want to recoup as much of the £16m as possible, an amount Galatasaray are not willing to match.

Musa’s immediate focus is with Nigeria and the Super Eagles kick off their World Cup campaign against Croatia on Saturday at the Kaliningrad Stadium.