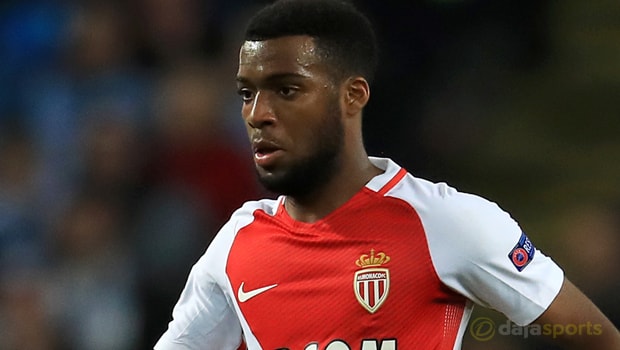 Atletico Madrid have confirmed they are closing in on the signature of Monaco midfielder Thomas Lemar after a “preliminary agreement” was reached between both clubs.

Lemar moved to Monaco in 2015 from Caen and has been a regular first-team fixture ever since, making 90 Ligue 1 appearances and scoring 16 goals in the process.

The 22-year-old, whose contract at the Stade Louis II runs until 2020, was pivotal in the club’s 2016/17 title-winning campaign and his impressive performances caught the attention of several top European teams.

Premier League duo Liverpool and Arsenal have been credited with an interest for well over a year now and the Reds were said to be very close to completing a deal back in January.

However, on the eve of the 2018 World Cup, Lemar’s future is near to being resolved after Atletico confirmed they are close to completing a deal for the midfielder.

“Atletico de Madrid and AS Monaco has achieved a preliminary agreement over the transfer of Thomas Lemar to our club,” read a statement released by Atletico on Tuesday night.

“Over the next days, both clubs will work to close the agreement for the definitive transfer.”

Lemar is currently with the French national side for the World Cup in Russia as Les Bleus kick off their quest for glory against Australia on Saturday.

Didier Deschamps’ men are firm 1.25 favourites to pick up the win, a draw is priced at 6.50 whilst the Aussies are on offer at 11.00 to claim a shock victory.

France also have to play Peru and Denmark in Group C in what is arguably one of the hardest groups at the tournament.