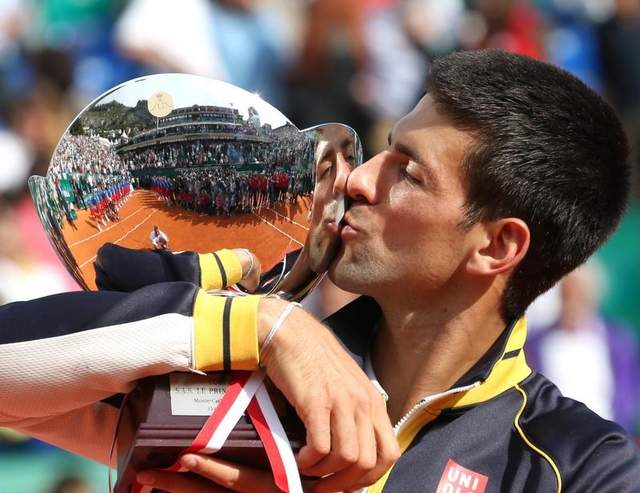 The world No. 1 avenged his 2009 and 2012 finals losses to Nadal after displaying one of his best performances in the final to life the clay-court title for the first time.

A year ago, the Serbian lost 6-3 6-1 but this time he took off against Nadal, breaking his serve twice to set up a first-ever bagel against the Spaniard who had no answer against Djokovic’s two-handed backhand.

However, Djokovic was on a different level and quickly finished the first set in 49 minutes after Nadal double faulted.

The eight-time champion seemed to recompose himself in the second set, starting with a love service game before breaking in the fifth.

His trademark forehand pass started to work and Nadal took a 4-2 lead, giving the Monte Carlo fans hope of a deciding set against two of the best in the world.

But the Serb had other plans, breaking his opponent’s service game and aiding in Nadal’s backhand errors before taking the momentum away completely.

In the closing stages of the second set, Nadal had a 6-5 lead with the chance to serve for the set, but Djokovic’s resiliency brought him back to life to force a tie-break.

From then on, the world’s best dominated and eventually captured the trophy with a beautiful forehand winner.