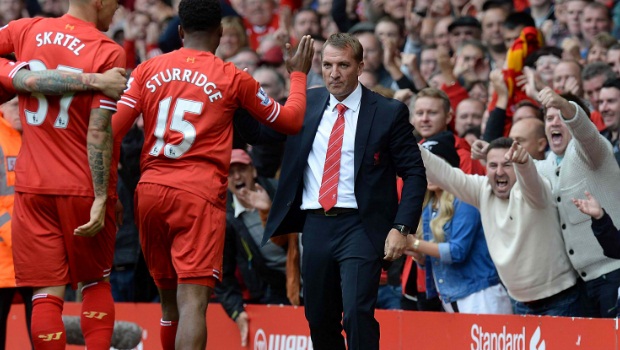 Liverpool boss Brendan Rodgers has stressed that the absence of Daniel Sturridge from the England squad last week was for legitimate reasons.

Sturridge missed England’s vital World Cup qualifiers against Moldova and Ukraine with a thigh strain, but could feature for the Reds when they visit Swansea on Monday evening.

The admission has reignited the debate concerning club versus country, with Wayne Rooney also missing the two international matches through injury yet being able to feature for Manchester United against Crystal Palace on Saturday.

Speaking about Sturridge, Rodgers said: “He shouldn’t be held as someone who has turned down his country.

“It was the medical experts who made the decision – it wasn’t Daniel.”

Sturridge has scored the winner in all three of Liverpool’s league games so far. He picked up the injury against Manchester United on 1st September, but did manage to complete the game.

Sturridge has scored five goals in four games for his club this season and there was a distinct lack of cutting edge in the goalless draw against Ukraine on Tuesday due to England’s depleted front line.

As well as Rooney and Sturridge being out, Danny Welbeck was suspended and Andy Carroll was still struggling with his foot injury.

Liverpool go into the game against Swansea hoping to preserve their 100 per cent record in the Premier League this season. Sturridge should play, with Rodgers admitting that had the game been on Saturday, he may not have made it.

“If it was a Saturday game he may well have struggled but that extra bit of time gives him a chance and I would suspect he will hopefully be fit, although he won’t be 100% fit,” the Liverpool boss continued.