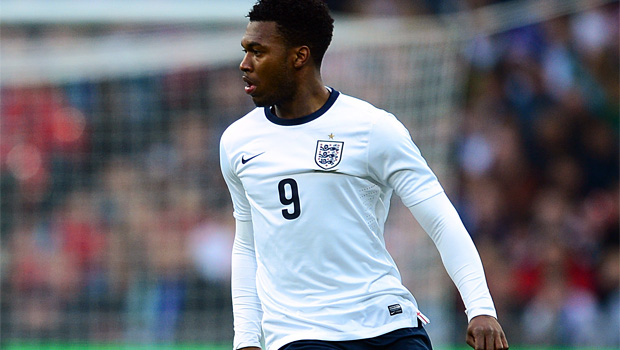 Liverpool star Daniel Sturridge is keen to remain injury free for the rest of the season in order to ensure he is included in the England World Cup squad.

The 24-year-old made the move to Anfield from Chelsea last January and has since established himself as a key figure for the Reds, with 22 goals to date, including 11 in 14 appearances this season.

However, Sturridge has been sidelined with an ankle injury since the end of November but could make a return to action at Stoke on Sunday, and the striker is keen to impress in the remainder of the campaign to ensure he travels to Brazil in the summer.

“On a personal level, I want to keep working hard and look to improve,” he told The Mirror. “I’m not going to set myself any crazy targets.

“If I can keep developing my game and get a place at the World Cup, I’ll be delighted. That would be an amazing achievement.

“When you consider where I’ve come from since last January, it’d be brilliant to be on that plane to Brazil.”

Meanwhile, Liverpool bounced back from successive defeats to Manchester City and Chelsea with a 2-0 win over Hull in the league and a victory over Oldham in the FA Cup.

The Reds will be keen to continue their winning run when they travel to the Britannia Stadium but defender Martin Skrtel expects a stern test from the Potters, despite the fact they have managed to take just one point from their last three games.

He wrote on his official website: “We know really well how difficult it is to play against Stoke in front of their fans and it is never easy.

“However, we want to win this game at all costs and continue our good run of form. And we want to stay on top so we really need three points from this game.”