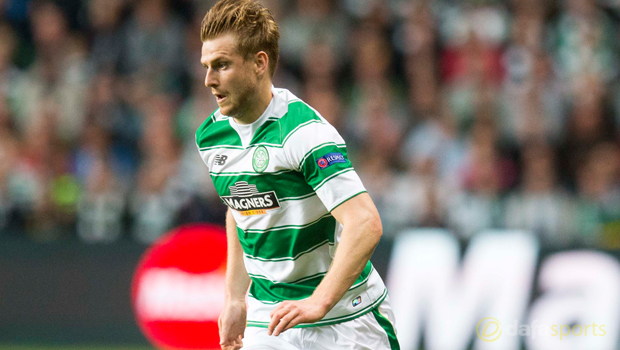 Celtic midfielder Stuart Armstrong says they will have no trouble in getting focused for Saturday’s home clash with Inverness Caledonian Thistle.

Ronny Deila’s team have been under intense scrutiny recently after exiting the League Cup to Ross County and allowing Aberdeen join them at the summit of the Scottish Premiership, albeit briefly.

The Dons were undone by Inverness on Monday night as Caley Thistle recovered from the loss of an early goal to win 3-1 on their own patch.

Armstrong says there is no way Celtic will be taking the visitors to Glasgow lightly this weekend despite their indifferent form this season.

“They’ve been up and down but I saw the clips of their win over Aberdeen and it’s good that they held on to Greg Tansey in the transfer window, I think he’s a very good player,” Armstrong said.

“They’re a good footballing team and it’s always difficult every time I’ve played them with Dundee United and Celtic. It’s always been tough and if you get three points, you’ve really got to earn them.”

Aberdeen are making Celtic work hard in the title race this season but, according to Armstrong, the Hoops are simply retaining focus on what they must do themselves.

He says that will be case again this weekend, regardless of how Derek McInnes’ team get on against Partick Thistle on Friday evening.

“It’s important just to keep an eye on them [Aberdeen] but we always focus on ourselves. That’s the way it’s always been and that’s the way it will continue,” he added.

A repeat of that scoreline is 51.00 on Saturday while Celtic are 1.60 to lead at half time and win the game.