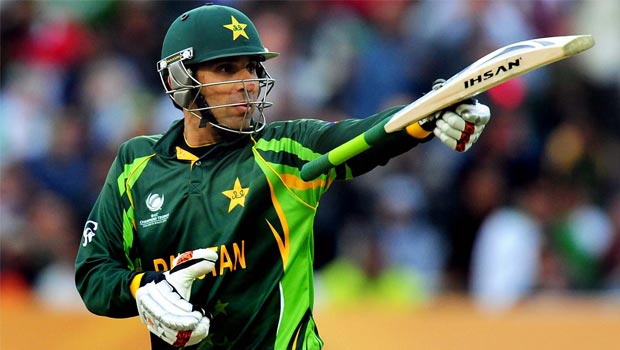 Pakistan captain Misbah-ul-Haq feels Shahid Afridi’s form with the bat is a massive boost to the team’s chances of winning the upcoming World Twenty20.

Afridi was once known as a genuine all-rounder in the first-class game and has five Test centuries on his CV to prove it.

But his unwillingness to knuckle down and fight for runs and a liking for trying to hit every ball out of the ground meant that the 34-year-old’s five-day career came to an end some years ago.

But he is still one of the stars of the one-day and T20 game, with his brand of rapid leg-spin tough for any batsman to get away, while he is capable of changing the course of a game in just few balls with his devastating hitting power.

The man nicknamed ‘Boom Boom’ was at it again in Tuesday’s Asia Cup clash with Bangladesh, as he hit seven sixes and two fours in a scintillating knock of 59 as Pakistan reached their target of 327 with just one ball to spare.

They will play Sri Lanka in Saturday’s final before attention turns to the 20-over showpiece, with Pakistan priced at 7.00 to claim the World T20, and Misbah admits that having the veteran back in form with the bat can only help his side’s cause.

“I think that’s the biggest plus for us, the way Afridi is playing, not only in this Asia Cup, but also the World Twenty20 is coming,” he said. “So he’s the main player, and the kind of form he is in, the kind of confidence, it’s good for the Pakistan team.”

And the captain admitted that he will be flexible with where Afridi bats in Bangladesh depending on the situation of the game.

“I think, the kind of form he is in, Pakistan can use him anywhere in the order,” he added.