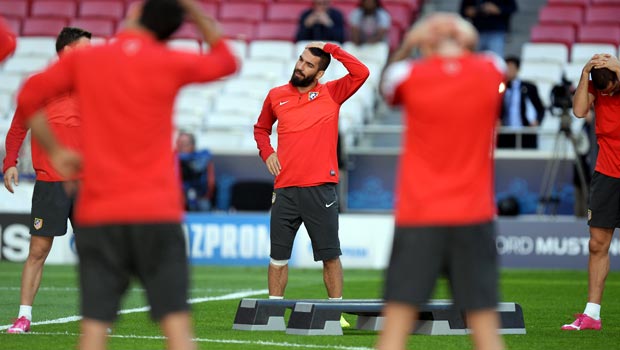 Atletico Madrid coach Diego Simeone has ruled out selling Turkish midfielder Arda Turan this summer as the player is “vital” to his team.

Speculative reports emerging this week have suggested Turan could be on the verge of a switch to Premier League giants Manchester United, as part of a swap deal involving out-of-favour Shinji Kagawa.

Atletico are believed to be interested in signing the Japanese midfielder this summer, along with his United team-mate Javier Hernandez.

But with media in England suggesting United would ask for Turan in exchange for Kagawa, boss Simeone has issued a ‘hands-off’ warning.

Speaking about the Turkish winger’s future, Simeone said: “Arda is vital for us, due to his technical ability and his work ethic. He has grown a lot.

“He has natural talent and continues to be someone who makes a difference to the team.”

And the player himself appears to have no intention of leaving the club after their first Spanish title since 1996.

Simeone’s side have also been linked with a surprise move for Chelsea winger Andrea Schurrle in a possible swap deal involving in-demand centre-back Miranda.

The reigning Spanish champions are priced at 14.00 to win La Liga this season.