Steve Clarke not getting too carried away 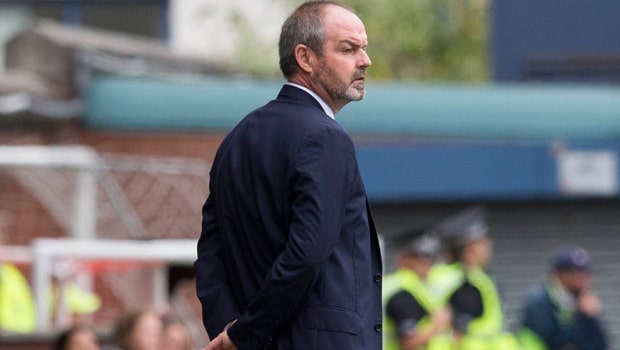 Kilmarnock manager Steve Clarke has suggested he won’t be getting too carried away after his side went top of the Scottish Premiership.

The Rugby Park side overcame Livingston 2-0 on Wednesday night, with a brace from Greg Stewart, while both champions Celtic and Glasgow rivals Rangers were dropping points away at Motherwell and home to Aberdeen respectively. That ensured Killie leapfrogged the pair to top the table.

Kilmarnock have now had just one defeat in their last 11 league games and currently sit one point ahead of the Glasgow giants.

They will go to Parkhead on Saturday as league leaders to face Brendan Rodgers’ side, but Clarke isn’t getting too far ahead of himself.

“Listen, it’s nice for the supporters – they’ll have enjoyed the night and looking at the league table but, for us, it’s just another three points,” he told reporters.

“I’ve got such an honest bunch that the feeling I got in the dressing room was that they were a little bit disappointed with their second-half performance.

“But they’ll look at the table and realise that if you work hard and are a good group of players you’ll pick up points in this league.” Celtic are next, with Kilmarnock 14.00 to win on Saturday. For Clarke, this is no time to be taking stock of the season.

“There’s nobody getting carried away. We’ve got an awful lot of work to do,” he added.

“At the end of the season we can tally up the points and see who’s where and decide if it’s been a good season or not. But in December it’s difficult to do that as there are so many games to come.”