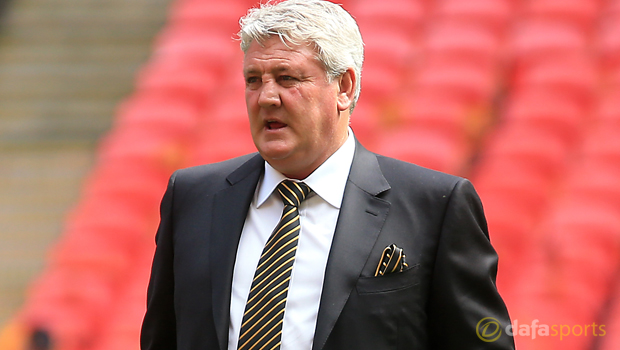 The 27-year-old was part of the Welsh side that upset the odds to reach the semi-finals of Euro 2016, scoring one of the goals of the tournament in the 3-1 quarter-final win over Belgium.

However, he is currently a free agent after leaving Reading last month and, having cited a desire to play in the Premier League, is known to be interesting a number of top-flight sides.

Robson-Kanu recently revealed he had previously had offers from “progressive clubs” from “around the world” but was instead waiting until after the Euros to make a decision.

Hull boss Bruce has now confirmed they are set for talks with the forward and are planning to offer him a contract.

The Tigers are back in the top flight thanks to successfully negotiating the Championship play-offs and are understandably keen to add quality to their attack, having struggled for goals when they were relegated in 2014-15. Bruce admits he faces competition for the Welshman’s signature but is keen to do everything possible to get his man.

“We are booked in for talks with him and to see him in the next few days. Do we intend to offer him a deal? Yes,” Bruce told BBC Radio Humberside. “He is big, strong, powerful, quick and somebody who runs the other way, in football terms.

I know we have got competition, so let’s see what we can do.” Hull are currently the 1.91 favourites to be relegated from the Premier League next season, with fellow promoted clubs Burnley and Middlesbrough 1.95 and 2.25 respectively.