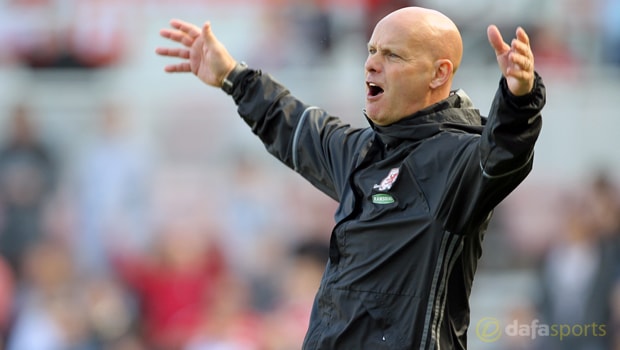 Middlesbrough caretaker coach Steve Agnew was full of praise for his players after their display against Burnley on Saturday.

Boro were unable to score but they did pick up a point after the 0-0 draw at the Riverside Stadium.

Before Agnew took over, the Boro fans were disappointed with the team’s displays under former coach Aitor Karanka but they showed plenty of attacking spirit against the Clarets.

Alvaro Negredo, Patrick Bamford, Adam Clayton and Rudy Gestede all had chances to score but none of them could find the back of the net.

The result leaves Boro six points away from safety but Agnew was quick to remain positive after the full-time whistle.

He told Sky Sports: “We’ve done absolutely everything to score the goal and I’m so proud of the players.

You could see the fighting spirit right to the very end, the crowd were behind them and it was everything we wanted.

Obviously the only thing we didn’t get was the goal that I thought we deserved.

“I think confidence is something that has grown into the group in recent weeks and that [result] will certainly do us the world of good.

“The group of players are so determined; we’ll be in training, we’ll regroup, we’ll speak about what was good and what we need to improve on and we’ll just keep going.”

Boro now have a long break before their next game, with Arsenal next up on April 17.