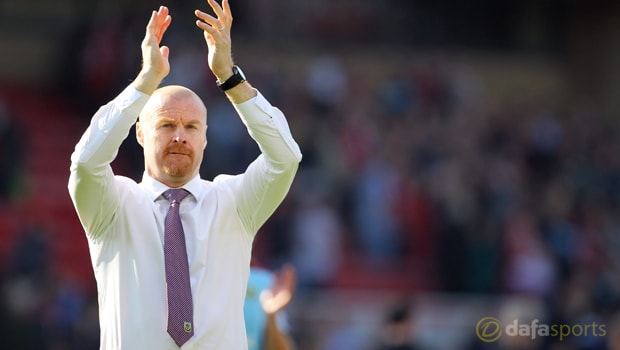 Burnley manager Sean Dyche was quick to praise his team after their 0-0 draw with Middlesbrough as they moved further clear of the relegation zone.

After last Saturday’s 2-0 defeat to Tottenham, some sections of the media linked Burnley with the relegation fight but the Clarets have produced a solid response.

Tuesday’s 1-0 win over Stoke was followed up by the point gained at the Riverside Stadium and Burnley are now eight points clear of 18th-placed Swansea.

In their last four league games, Burnley have kept three clean sheets and Dyche was pleased to see them continue that run.

He told Sky Sports: “You’ve seen again today what a side Tottenham are, so it’s no disgrace losing to them at the beginning of this run.

To come out of that with a big win against Stoke – an important win – and then to come here today and get another point on the board is very pleasing.

“But it was almost like that extra spurt today to see if they can get that win and they didn’t get there and that’s down to my players.

“It’s another clean sheet for us and another point on the table so I’m really pleased with that.”

Burnley are next in action on Saturday when they travel to Goodison Park.