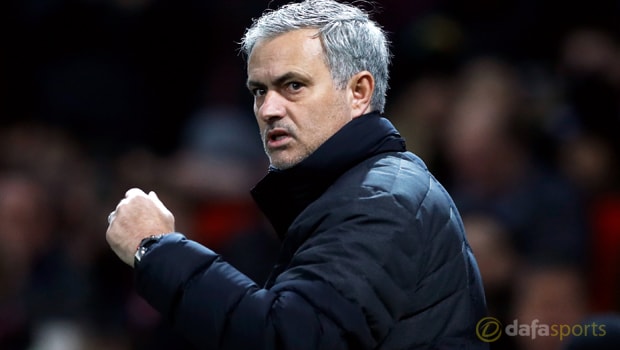 Jose Mourinho will take Manchester United to his old stomping ground to face Chelsea in the FA Cup quarter-finals next month.

Chelsea had also squeezed out Championship opposition in Wolves on Saturday and the pair now meet in a last-eight heavyweight clash.

Chelsea will have the advantage not just of a home draw, but also having less to concentrate their mind on says Mourinho, who has already set about the task of playing some mind games with his former employers.

“Probably Chelsea can only think about that (the FA Cup) because I think they are champions and they have nothing else to fight for,” he told a press conference.

I have to fight for a top-four position in the Premier League. “I have so many things to think about.”

Elsewhere in the last-eight, giant killers Lincoln City were handed the dream draw.

The first non-league team in 92 years to reach this stage, the Imps will either be travelling to another non-league club in Sutton United or Premier League giants Arsenal, who play on Monday evening.

Tottenham welcome Millwall to White Hart Lane while Huddersfield or Manchester City – who replay at the Etihad next week, will earn a trip to face Middlesbrough at the Riverside Stadium.