Spurs must stay “in the flow” says Jan Vertonghen 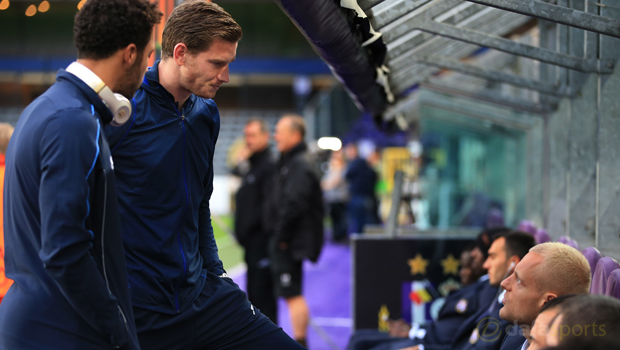 Tottenham defender Jan Vertonghen has urged the squad to stay “in the flow” when they host rock-bottom Aston Villa on Monday.

Spurs, who are priced at 3.25 to finish in the top-four, have enjoyed a positive start to the season in and are currently on a run of nine games unbeaten in the Premier League, although five of those have been draws.

The north London club will move to within one point of the top-four if they claim all three points at White Hart Lane on Monday night.

Visitors Aston Villa will arrive without a manager as Kevin McDonald takes caretaker charge for the second time since Tim Sherwood was sacked.

Reports have suggested that former Lyon boss Remi Garde will be watching on from the stands ahead of penning a three-and-a-half year deal.

Vertonghen believes it is crucial for Spurs to add to their 5-1 triumph over Bournemouth last time out as they look to pile even more pressure on Villa.

However, the Belgium international admitted it won’t be as easy as many predict as Villa will be fighting for their lives.

Vertonghen said: “This is a very important game for us.

“It’s two weeks since we played at home, so it’s nice to be back and we’re all determined to win.

“We’ve had good away wins in the past but not followed up in the next game so we want to continue our run and continue playing positively.

“It will be difficult, they will be hurting in their position.

“But we have to win these home games. The pressure is on us.”