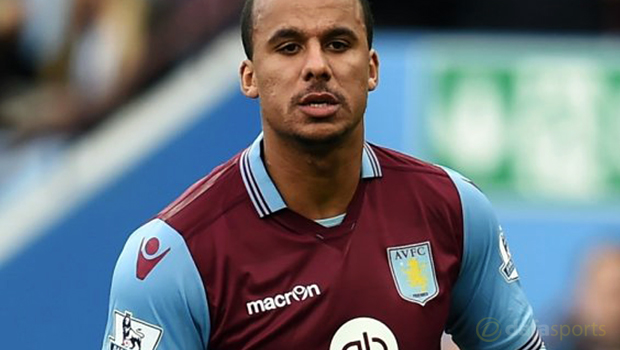 Aston Villa caretaker manager Kevin MacDonald believes Gabriel Agbonlahor still has a big role to play this season and feels injuries have held him back so far.

The former assistant has been placed in charge of Villa since the sacking of Tim Sherwood following defeat against Swansea, which left them rock-bottom of the top-flight.

The 54-year-old oversaw his first game in charge in the midweek Capital One Cup defeat to Southampton and will be in the dugout again for Monday’s trip to face an in-form Tottenham.

Former Lyon boss Remi Garde is travelling to watch on from the stands ahead of penning a contract to take over permanently on Tuesday.

MacDonald has been around the Villa set-up since 1995 and played a part in helping Agbonlahor to progress through the youth ranks.

Agbonlahor has started just five Premier League games this term and is yet to find the back of the net as the club continue to struggle.

However, MacDonald believes that the 29-year-old has been held back by niggling injuries and feels he can start to kick on and help the side climb out of the danger zone.

“He’s been picking up niggles – and then the injury that’s kept him out for the past few weeks until he got back in.

“Gabby is a player this club will need for the rest of the season to start really bringing up big performances.

“Gabby has a big responsibility. He knows that. He is club captain. He’s been at the club all his life.

“This will be hurting Gabby probably more than most because he will not want to be at a football club as big as Aston Villa and get relegated.”

Villa are priced at 8.50 to take all three points away from White Hart Lane, while Spurs can be backed at 1.40 to triumph and the draw is available at 4.75.