Spurs may leave it late – Pochettino 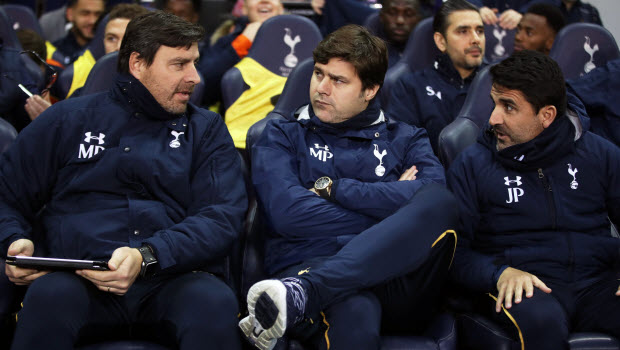 Tottenham manager Mauricio Pochettino insists that it will be difficult to do business in January but has admitted they may look to make some moves on the final day.

The north London club were busy in the summer transfer window as they looked to bolster their squad in the hope of mounting another title challenge.

Spurs, who are priced at 26.00 to win the Premier League, spent around £70million on new recruits with the likes of Victor Wanyama, Moussa Sissoko, Vincent Janssen and Georges-Kevin N’Koudou all arriving at White Hart Lane.

Sissoko, who signed for a club joint-record £30million, came in on deadline day as the Premier League outfit tried their best to negotiate down on Newcastle’s asking price.

Tottenham have earned a reputation for being tough in the market, especially with players leaving, and Pochettino believes it may once again be the case as they look to get players for a good price in January.

The Argentine insists he is currently happy with the options available to him and claims it will be difficult to bring in top targets mid-way through the campaign.

Pochettino said: “Maybe on the last day, maybe. It’s like before. “It’s too difficult to improve your squad in January, for all the club. I don’t expect too much movement.

“I am happy with the squad. At the same time I recognise it is always very difficult to improve the squad in January.

“The best players, it is difficult for their teams to allow the good players to leave halfway through the season.

“If some special situation happens, maybe we need to be open but it will be tough or difficult to improve the squad in that period.”