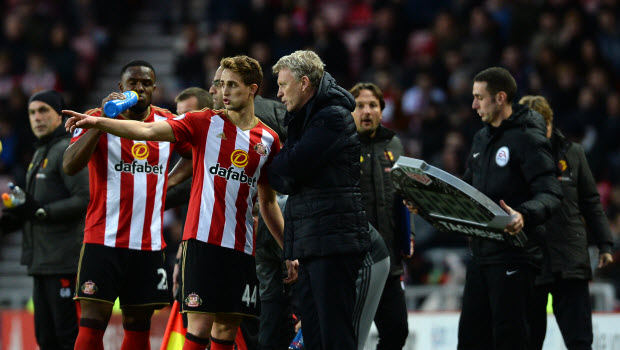 Sunderland manager David Moyes says he is concerned about what state his squad may be left in if his key players head off to represent their countries at the African Cup of Nations.

The tournament is set to get up-and-running on January 14 with the qualified African nations due to battle it out in Gabon.

Lamine Kone and Didier Ndong will likely be called up for the Ivory Coast and Gabon respectively, although Moyes says he is yet to receive any confirmation of their involvement.

Wahbi Khazri could also be handed the chance to represent Tunisia, although he has not been an important figure at the Stadium of Light since the arrival of Moyes.

Meanwhile, defender Papy Djilobodji, who has been improving this term, could get the call from Senegal, leaving Moyes lacking in options.

The Scot insists he has had no contact from any of the federations which has left him feeling concerned as he looks to plan for what will be a busy January.

Sunderland, who are priced at 1.67 to be relegated, could potentially have a couple of FA Cup clashes to get through as well as their usual Premier League engagements, and should any of his troops help their country get to the final then he will not see them back in the north east until after February 5.

Moyes said: “We’ve heard nothing. “Surely they’d have made contact? But there’s been nothing.

“If you look at what we’ve got, we’re losing Lamine and Didier, we have no replacements, we’re struggling.

“When it comes around to Burnley in the FA Cup [January 7], goodness knows what sort of team we’ll have.”