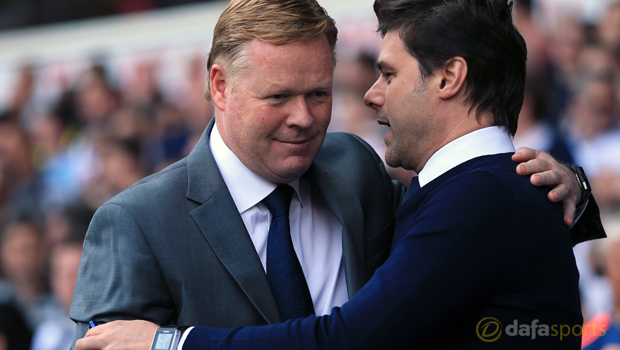 Tottenham manager Mauricio Pochettino says the club must focus on their own affairs and stop becoming preoccupied with north London rivals Arsenal.

Pochettino’s former club Southampton helped compound the misery by consigning Spurs to a 2-1 defeat at White Hart Lane in their final home game of the season.

That result, coupled with Arsenal’s 2-2 draw at Manchester City later on Sunday, means the Gunners could leapfrog Spurs and finish second if results go their way in the final round of matches next weekend.

Spurs are away to relegation-threatened Newcastle, while Arsenal face already-relegated Aston Villa at the Emirates.

Pochettino says finishing above Arsenal will not provide any consolation for failing to win the title. He feels Tottenham must be looking at the bigger picture, instead of focusing on local affairs with Arsene Wenger’s team.

Pochettino told reporters. “Sure I want to be above them, but this I think is normal but to try to improve, to try and be bigger, we need to concentrate on us and not look what is happening with our neighbours.”

Tottenham’s hopes of a first ever Premier League title fell by the wayside in recent weeks, with Pochettino’s team able to win only two of their last six games, dating back to the draw with Liverpool in early April.