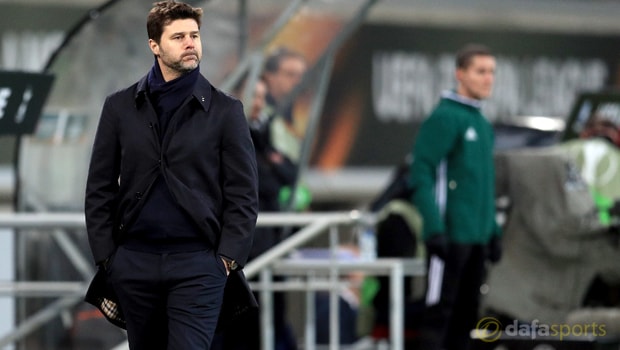 Tottenham boss Mauricio Pochettino is determined for his side to end their recent dip in form when they take on Fulham in the FA Cup fifth round on Sunday.

Spurs will head into the match at Craven Cottage on the back of just two wins in their last six games, a run that includes Thursday night’s 1-0 defeat to Gent in the first leg of their Europa League last-32 tie at the Ghelamco Arena.

Jeremy Perbet scored the only goal of the game for the Belgian side, and Spurs’ night was compounded further as Harry Kane suffered a knee injury that means he is unlikely to feature this weekend.

Pochettino conceded after the match that the north Londoners are currently struggling for form, but he is determined to end their recent blip with a positive result and performance against Fulham.

“That is the reality. It sometimes happens,” Pochettino said. “Good and bad things happen. We’ve started now a bad period. I hope, on Sunday, we break that negative run.”

The Argentine confirmed that he is likely to rotate his squad for Sunday’s match, but he is confident his side will still have enough quality to book their place in the quarter-finals of the FA Cup.

He added: “We need to refresh the team and we’ll do that. Tottenham will play in Fulham on Sunday.

It’s not the name of the players, it’s the club. We’ll see, but we’ll put out a team with aims to win and be ready again to compete.”