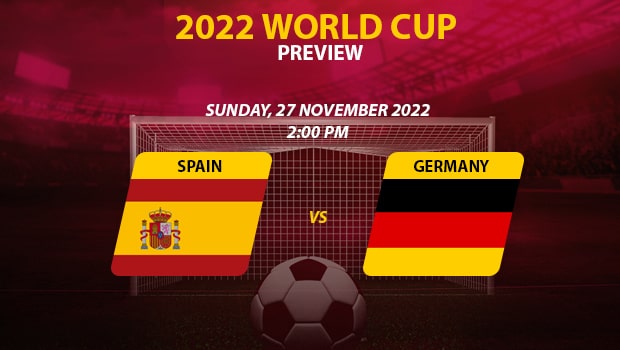 Spain looks to keep rolling when they collide with Germany in 2022 FIFA World Cup Group E action on Sunday.

Japan came from behind to shock Germany and beat them 2-1 on Wednesday. Japan played with poise, pace and they were relentless when they had chances to attack. This is obviously a must-win game for Germany. Spain crushed Costa Rica 7-0 and they could have won by more goals.

Spain looked dominant in the first game but you have to consider that it was against Costa Rica. Don’t judge these teams based on their last results. Spain is not as good while Germany is not as bad.

Two-star (out of four) AccuScore hot trend pick on Germany in this one. Average score in simulations is Germany 1.15 to Spain 0.8.