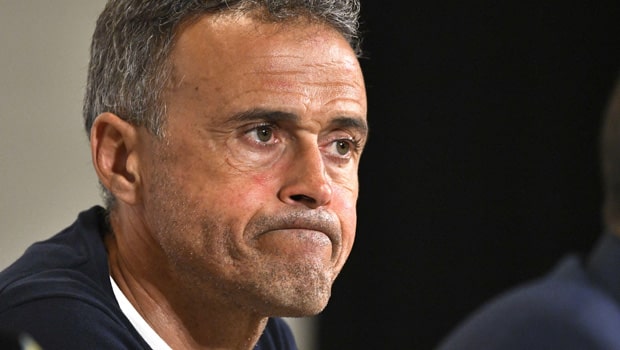 Spain will clash with Italy on Wednesday in the UEFA Nations League first semi-final tie at the San Siro in Italy.

Both sides last met in the UEFA Euros semifinals in the summer at the Wembley station where Italy progressed to the final on penalties after a 1-1 draw in extra time.

However, while Italy will have the chance to replicate Portugal’s feat of winning the Euros in 2016 and the Nations League 2019, Spain will hope to have their revenge for the loss at the Wembley stadium in July.

They will also be hoping for their first silverware since the 2012 Euro Championships.

Spain manager Luis Enrique sees the game as one he can’t wait to play and the competition as one he would love to win.

“This is a competition that we would love to win. It will be a very interesting match, to see what kind of performance we are capable of producing in front of an Italian-majority crowd and against the reigning European champions. You don’t need any more motivation than that. I can’t wait for the game.” Luis Enrique said.

Led by Roberto Mancini, Italy are on a 37-game unbeaten run and will be hoping to be the team waiting for either Belgium or France in the final scheduled for the San Siro on Sunday.

Italy will be without Ciro Immobile due to injury, this gives Moise Kean the chance to start up front.

Meanwhile, Spain will have to do it without Pedri, Dani Olmo, Alvaro Morata and Thiago Alcantara.

Tottenham Hotspur’s Bryan Gil and uncapped Gavi and Yeremi Pino are inline for their debut for the La Roja.

Belgium and France will face each other on Thursday in the second semifinal at Juventus stadium in Turin.