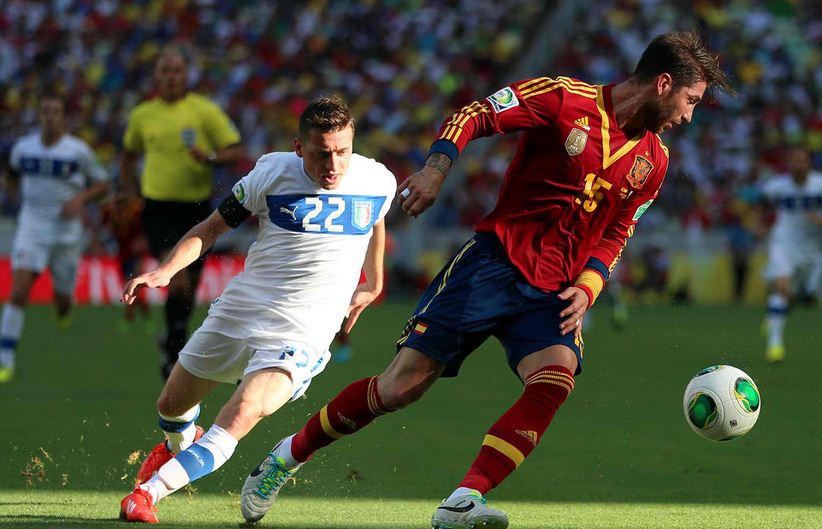 In what turned into an absorbing affair, Spain were made to work hard by their opponents before eventually going through, with Jesus Navas converting the deciding spot-kick.

That was after Leonardo Bonucci saw his attempt sail over the crossbar, a cruel miss given that the Azzurri had matched their more illustrious rivals throughout the 90 minutes and extra time.

Both sides came close to scoring earlier, with Italy’s Emanuele Giaccherini hitting a post in the 93rd minute, while Xavi had the misfortune to see goalkeeper Gianluigi Buffon deflect his effort on to a post in the extra 30 minutes.

Xavi, Andres Iniesta, Gerard Pique, Sergio Ramos, Juan Mata and Sergio Busquets did likewise for Spain. Then, after Bonucci failed, up stepped Navas and sent his kick past Buffon to earn Spain a repeat of their 2008 Euro quarter final success over Italy, which also came thanks to a shoot-out after 120 minutes of goalless play.

Spain also beat the Azzurri 4-0 in last year’s Euro final, but this time it was a lot, lot harder.

“We were lucky in the penalty shootout,” Spain coach Vicente del Bosque said. “It was a very difficult match for us.

“It was a marvelous team effort by both sides. It was a clean and sporting match that was played under very difficult climatic conditions.”

He went on: “Now we have to consider what we have to do in the three days to recover.

“We will definitely stand up to Brazil in the Maracana. The players should feel as happy as kids playing there.

“They have won a lot, but they want to win in the Maracana.”