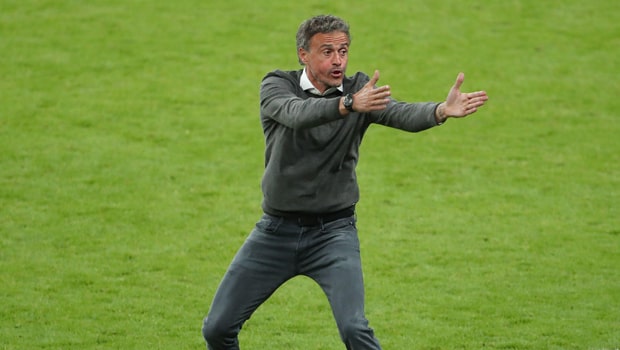 2010 FIFA World Cup champions Spain will hope to put their semifinal exit at the Euro 2020 behind when they face Sweden in a 2022 FIFA World Cup Qualifier.

Spain got to the semifinals of the Euros in July only to be knocked out by eventual champions Italy.

However, the La Roja will have the opportunity of putting their Euro campaign behind them when they battle Sweden to remain top of group B.

Group B houses Spain, Sweden, Greece, Georgia and Kosovo, but it is the 2010 and 2012 Euro Championship champions who top the group after three matches with 7 points.

Sweden who has played just two 2022 FIFA World Cup Qualifiers follow closely with 6 points,. while Greece, Georgia and Kosovo have two, one and zero points respectively.

Meanwhile, Spain will have to defeat Sweden with a different looking squad from the Euro 2020 team that faced the Swedes.

Both sides met in a Euro group stage game in July which ended in a 0-0 stalemate.

Notably confirmed missing is Barcelona’s youngster Pedri, who has played over 70 games since last season including Euro 2020 and the Olympic games in Tokyo Japan.

The 18-year old has been handed a well-deserved holiday, and wasn’t called up for this international window.

Pau Torres, Mikel Oyarzabal and Dani Olmo are also some of the players who will be out of the game.

Irrespective of this exclusion, Luis Enrique will not be short of experience for the game, Unai Simon seem to be the preferred first choice goalkeeper, however, he may be dropped after having a busy summer, while Robert Sanchez, who shone at Brighton last season may be in goal. Also, Aymeric Laporte and Eric Garcia stay in defence.

With 22 goals in 46 caps, Alvaro Morata will lead the line alongside Ferran Torres, and Dani Olmo.