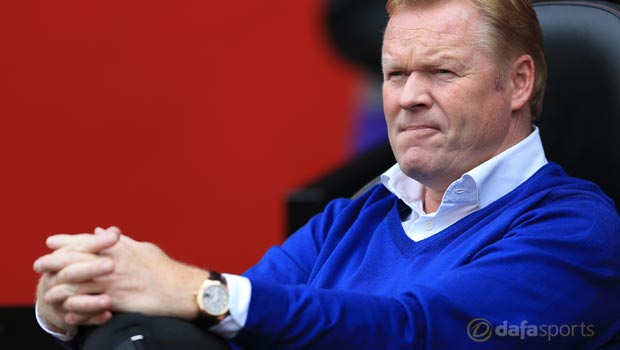 Ronald Koeman says he will not be allowing Sadio Mane or Victor Wanyama to leave Southampton before the transfer window closes.

Mane has been linked with a move away from the south coast, with Manchester United rumoured to be interested, while Wanyama has asked to leave St Mary’s.

But Koeman says he has no interest in selling either player.

Mane was man-of-the-match as Saints swept 10-man Norwich aside on Sunday while Koeman left Wanyama out of the squad, insisting the Kenyan was not “mentally and physically good enough to play”.

The Southampton manager has confirmed that he does not anticipate either player will be leaving before the transfer window closes on Tuesday.

“They will stay in Southampton, I’m 100 per cent sure about that,” Koeman said.

“The same answer for Victor as for Sadio, we don’t sell that kind of player because they are key players for the team and they have to respect the contract. That’s most important.

“If they are like before, it is no problem, but they have to show the commitment that Sadio is showing, and that leaves Victor to do (the same).”

Koeman said that Wanyama has “lost focus” and he warned the midfielder to consider his actions carefully as they may impact on his future.

According to Koeman, the former Celtic midfielder should follow the example of Morgan Schneiderlin who put his desire for a move to one side last summer and impressed for the Saints, earning his move to Manchester United 12 months later.

“Maybe it is good for Victor to talk to Morgan, because I think he is more happy now than he was last year even to do the move he wanted at that moment,” said Koeman.

Southampton are 2.40 to win their next game which is away at West Brom on September 12.