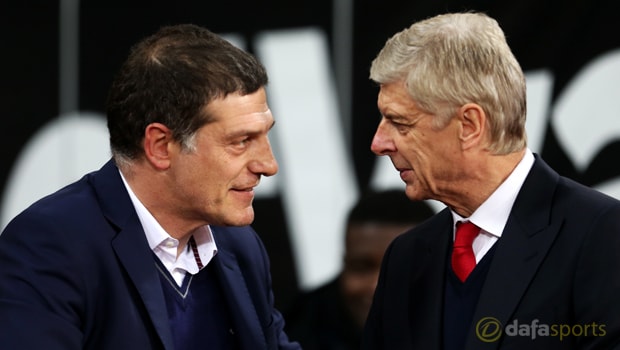 Slaven Bilic admits Saturday’s 5-1 thumping at the hands of Arsenal has put his position as West Ham United manager under serious threat.

The Irons welcomed Arsenal to the London Stadium with the hosts looking to pick up a crucial three points to help pull themselves away from the relegation zone.

However, the Hammers were blown away by a rampant Gunners’ side who took the lead on the 24th minute when Mesut Ozil tapped into an empty net from close range.

Chile international Alexis Sanchez grabbed a hat-trick after the break, with midfielder Alex Oxlade-Chamberlain also getting on the scoresheet thanks to a brilliant curling finish.

Andy Carroll, who came off the bench to make just his second league appearance of the season, did pick up a goal but it was another disappointing loss for the home side.

West Ham have now failed to win in their last five Premier League outings and they are just one point above the relegation zone going into the busy festive period.

Hull, who sit 19th in the table, could jump out of the bottom-three on Monday if they can record a win away at fellow strugglers Middlesbrough.

Bilic admits he has growing concerns over his position at the club and says an improvement must be made very quickly in order to get out of the big mess the club are in. “I feel under pressure.

West Ham are away to Liverpool next on December 11 and the visitors are massive 8.50 outsiders to pick up three points, a draw is priced at 5.25, while the Reds are firm 1.30 favourites to win the game.