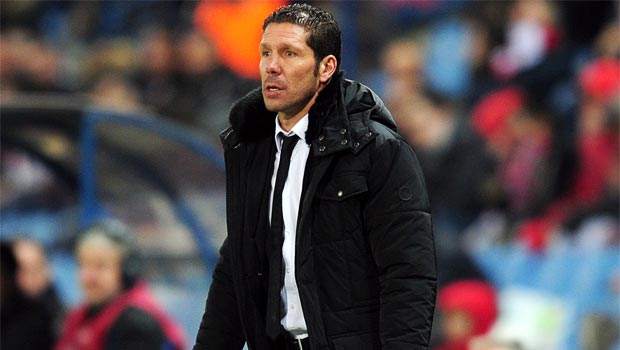 Atletico Madrid coach Diego Simeone insists he still wants to progress in Copa del Rey, despite earning a rare shot at Primera Liga title this season, and is expecting a tough test from Valencia in their last-16 second-leg tie.

The tie is finely poised following a 1-1 first-leg draw at the Mestalla last week, but Atletico are the favourites to progress to the quarter-finals in front of their home fans and can be backed at 1.17 (Away No Bet).

Helder Postiga’s injury-time equaliser earned Valencia a draw in the first leg, and although Simeone’s side have an all-important away goal, the Argentine coach does not anticipate a comfortable encounter against Juan Antonio Pizzi’s men.

“They (Valencia) need to make their mark,” Simeone said. “I imagine a game where they will try to play as they did in the closing stages in Valencia, their last minutes were very good.

“We will adapt to gameplay situations that we have seen because they have a great squad and it will be a difficult match with a 50 per cent chance for each side.”

Atletico are fighting on all fronts this season with the Copa del Rey last-16 ties coming either side of a vital Primera face-off against rivals and leaders Barcelona, which finished 0-0.

Los Colchoneros are level on points with Tata Martino’s side at the summit of La Liga and have a Champions League round-of-16 tie with Milan to look forward to next month.

But Simeone insists the Copa del Rey holders are taking the defence of the cup competition seriously.

“The Copa del Rey is a competition that has given us many joys,” he added. “And we are going to respect it.

“We have that feature, we can play well or badly, win, lose or draw, but our intentions will be the best.”

While goals were scored at both ends in last week’s encounter between the two sides this is not necessarily likely to be the case again this evening, as Atletico boast an incredible defensive record at the Vicente Calderon where they have kept clean sheets in seven of their last nine matches.

Valencia have been less consistent in front of goal than they would have liked and their league trip to Atletico’s fortress in December saw them beaten 3-0.

Therefore backing Under 0.5 Valencia goals at 1.970 looks like a sensible option.