Sigurdsson beats Chelsea defence to score a goal for Spurs 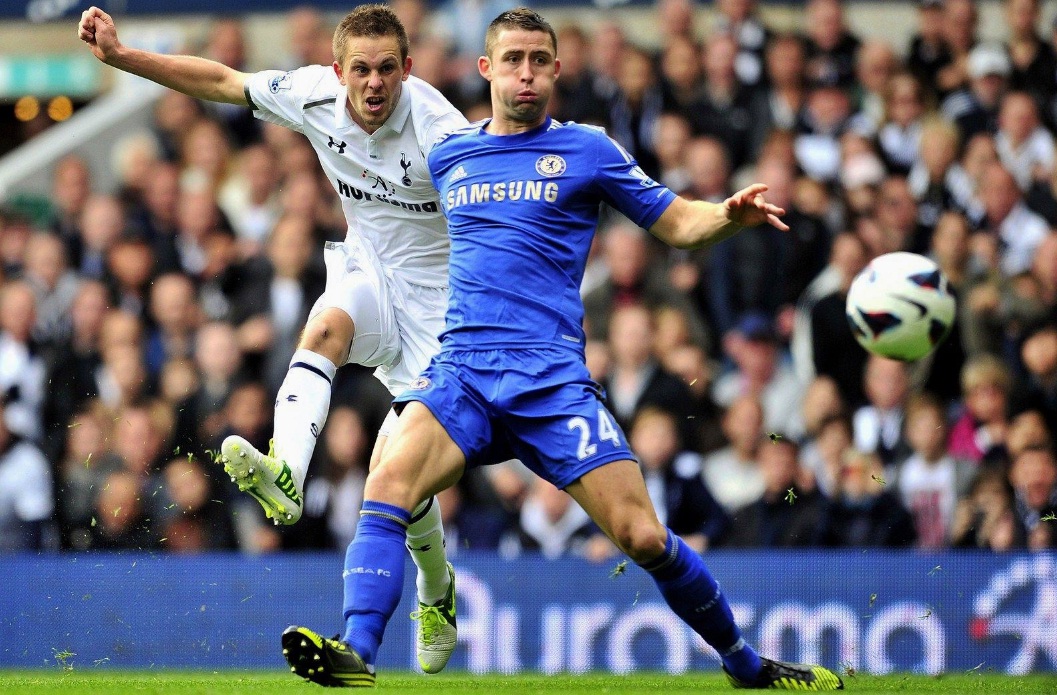 Gylfi Sigurdsson’s late goal for Tottenham Hotspur earned them a 2-2 draw against Chelsea at Stamford Bridge to set-up a dramatic finish in the race for Champions League spots.

The hosts led early after Oscar scored from a Gary Cahill header.

However, a stunning goal from Emmanuel Adebayor leveled things for Spurs, but they surrendered the lead just before half-time with poor defending after allowing Ramires to score his fifth of the season.

The Blues looked to take three points from the match, but with only 10 minutes remaining Sigurdsson finished to give them a point each in the contest.

Rafael Benitez fielded Eden Hazard, Fernando Torres and Cahill, while moving David Luiz into the midfield. Spurs had changes as well as Lewis Holtby, Scott Parker and Adebayor featured after missing their tie against Southampton.

With a crucial fourth place still up for grabs, the game came to a flying start as Spurs threatened with talented wingers Gareth Bale and Aaron Lennon stretching the Chelsea defence.

However, the home team took the early lead in the 11th minute as Juan Mata’s corner found Cahill and his redirection went near the goal for the Brazilian Oscar to score his 12th goal of the season.

Despite having a difficult time to get back into the game, a brillian run and finish from Adebayor seemed to have given them hope as things were back on level terms.

After picking up the ball inside his own half, the Togo forward went head on against the Chelsea defence. As the hosts were backing off, Adebayor attempted from just outside the penalty area to curl home a shot past Petr Cech into the top corner.

The Spaniard beat a couple of challenges before playing a pass behind the defence, Ramires’ pace helped him get to the ball first to fire a first-time shot past Hugo Lloris.

With their European hopes on the line, Spurs came out of the second- half looking to attack, while also keeping their own in the defensive end.

Andre Villas-Boas’ men were awarded as Sigurdsson, who came on for Lennon, scored with only 10 minutes left to play.

Benoit Assou-Ekotto played a ball to Adebayor, who then moved the ball with a sumptuous backheel to find Sigurdsson as his strike beat Cech in the far corner.