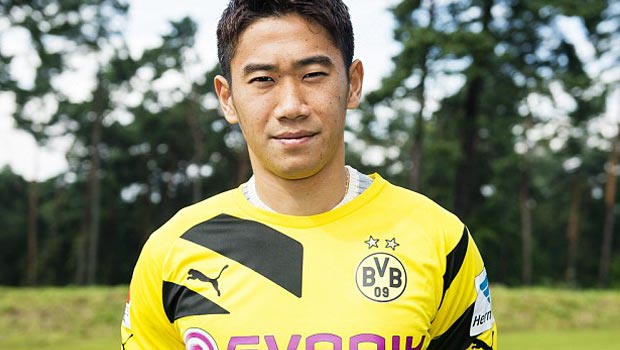 Jurgen Klopp has hinted that Shinji Kagawa will make his Borussia Dortmund comeback against Freiburg on Saturday.

The Japanese playmaker rejoined the Bundesliga giants last month after a dismal two years at Manchester United in which he failed to reproduce the form that earned him a transfer to Old Trafford.

Kagawa’s return to the club where he is still idolised by the supporters and highly regarded by Klopp will offset the blow of losing Germany star Marco Reus.

Reus, who missed the World Cup through injury, sustained another ankle problem – this time against Scotland – which will rule him out until early October.

Despite struggling to make an impact during his two years in England, Klopp believes Kagawa will succeed back at the Westfalenstadion.
Klopp added that the Japan international has made “a good impression” in training and “still has a lot of things stored on his hard drive”.

However, the Dortmund boss warned that the midfielder will “not be as good as in his best match two years ago”.

Jakub Blaszczykowski has now joined Reus on Dortmund’s injury list after he sustained a muscle problem on Wednesday as he battled back to full fitness.

The Poland international had been working on his comeback following an anterior cruciate ligament injury suffered in January.

Ilkay Gundogan, meanwhile, has said that he hopes to return to action in early October, providing he suffers no setbacks.

Dortmund are 1.27 favourites to pick up three points at home to Freiburg on Saturday with the visitors available to back at 10.19 and the draw priced at 5.42 in the 1X2 betting.

A repeat of last season’s 5-0 victory for Klopp’s men is on offer at 10.0 in the Correct Score market.