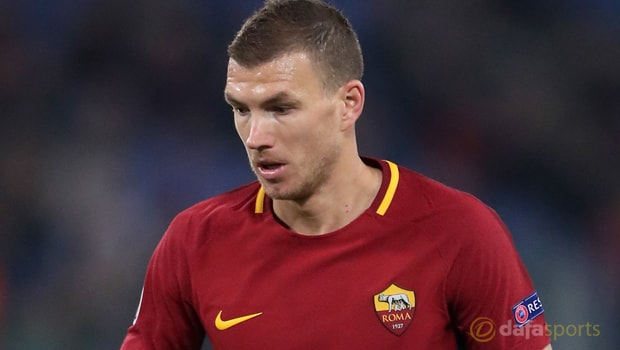 Chelsea were linked with a number of strikers throughout the January transfer window, including Stoke City’s Peter Crouch, Crystal Palace’s Christian Benteke and Burnley’s Ashley Barnes.

However, towards the end of the month, there were claims the Blues were showing an interest in former Manchester City forward Dzeko and a deal was expected to be wrapped up.

But, although the English outfit did manage to sign left-back Emerson Palmieri from Roma, Monchi has revealed the offer made for the Bosnia and Herzegovina international was nowhere near good enough.

“We had started talking to Chelsea about Emerson [Palmieri], then they asked about Edin,” he told Sky Sport Italia.

“We told them to make a bid and we would have evaluated it, but Chelsea never matched the figure we requested and did not reach an agreement with Dzeko.

Monchi also admitted the club would have seriously looked at signing Olivier Giroud or Michy Batshuayi, who moved to Chelsea and Borussia Dortmund respectively last month, if Dzeko departed.

He added: “We were not 100 percent convinced to sell Dzeko, but if he had left, a substitute would have arrived. [Olivier] Giroud was an important option, as was [Michy] Batshuayi.”

Roma, who are sitting fourth in Serie A, return to action on Saturday with an away trip to Udinese and the visitors are firm 1.85 favourites, a draw is priced at 3.60 whilst the hosts are 4.30 outsiders.

Chelsea are in FA Cup fifth-round action on Friday at home to Hull and the Blues are 1.20 favourites, a draw is priced at 6.50 whilst the Tigers are a 13.00 shot to win.