Posted by Ayotunde Omolayole on September 19, 2019 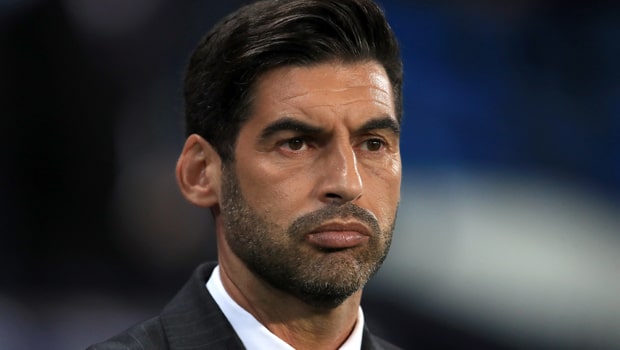 European nights will once again light up at the Stadio Olimpico when home team AS Roma tackle Turkish side İstanbul Başakşehir F.K. in the opening group J fixture of the 2019-2020 season of the Europa League.

The match being played on the 19th of September at 8 PM will be the first meeting between the two sides in European competitions.

Roma go into this opening group stage full of confidence following their solid start to the domestic league. Roma Coach Paulo Fonseca will be aiming to secure victory against their less fancied Turkish opponents with the level of talent at his disposal.

The Giallorossi will be looking to Bosnian striker Edin Džeko to be the focal point of attack.

Argentine Diego Perroti will most likely partner him alongside Arsenal FC loanee Henrikh Mkhitaryan. Henrikh brings a lot of European experience having finished second with the Gunners in last season’s Europa League final.

He will be aiming to go one better this season and inspire the Romans to win their first major European title. England international Chris Smalling on loan from Manchester United will also be aiming to make his debut for the home side in the defense.

Coach Fonseca, in addition, can call on the services of regulars like Captain Alessandro Florenzi, Lorenzo Pellegrini and Dutchman Patrick Kluivert to bolster the team as they square off against the plucky Turks.

Basaksehir, on the other hand, are aiming to get their European campaign back on track after their disappointing elimination from the Champions League at the preliminary stage.

The visitors have had an indifferent couple of past seasons in Europe despite their impressive domestic form finishing in the top 4 of the Turkish Liga for the past five seasons. The Okan Buruk led side will be trying to put that behind them as they attempt to claim the scalp of their more illustrious Italian opponents.

The visitors have talented players in their ranks like Nigerian midfielder Okechukwu Azubuike and Dutchman Eljero Elia to offer a threat.

However, the Turks will be hoping the experience of the likes of former Manchester City pair Gaël Clichy and Robson de Souza (Robinho), former Liverpool FC Defender Martin Škrtel as well as Senegalese Demba Ba, can help claim an unlikely victory against Roma.

Roma’s next Europa League match will be against Austrian side Wolfsberger AC.

AS Roma is available at 1.38 to claim a home win over Basaksehir FK, while the away team are priced at 7.87 to win the fixture.