Posted by Ayotunde Omolayole on October 24, 2019 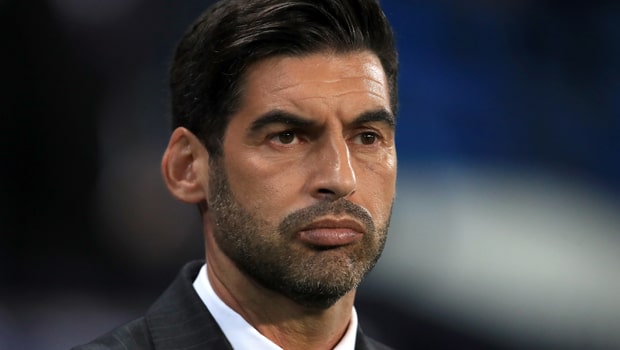 Italian side AS Roma are sent for another round of action in the Europa League when they play host to German side Borussia Monchengladbach, in a Group J Matchday 3 fixture slated for Thursday, 24th October. This will be the first time ever that the Italian club side will be facing their German counterparts in European club competition.

Roma currently leads Group J with 4 points from 2 matches. A 4-0 home win over Turkish side Istanbul Basaksehir FK, and away 1-1 draw to Austrians Wolfsberger AC, helped the Giallorossi make a solid start to the Europa League season.

The Serie A side go into this match seeking a second win which should consolidate their leadership of Group J. The Roma frontline line will be looking for a repeat of the demolition job they did on Turks Basaksehir at the Stadio Olimpico. Strikers Edin Dzeko, Patrick Kluivert and Nicolo Zaniolo were on the score sheet as the home side comfortably defeated their Turkish opponents. It’s unlikely that Coach Paul Fonseca’s men will have it as easy when they take to the field against a solid Monchengladbach outfit.

Roma will be counting on their home support to see them through to another emphatic win that will almost guarantee qualification to the next round. Coach Fonseca will have to do without Midfielders Amadou Diawara, Lorenzo Pellegrini and defender Davide Zappacosta who are all out through long term injuries.

Forwards Henrikh Mkhitaryan and Cengiz Under are also injury doubts for the game that kicks off Thursday evening at 5.55 PM. Roma are still in search of their first major European club competition trophy. Coach Fonseca will be hopeful his men can finally break their duck this season.

In their way, however, stands German upstarts Monchengladbach who are currently the surprise leaders in their domestic league Bundesliga. Coach Marco Rose’s side have caught many pundits unawares with their superb start to their domestic league season. The German tactician will be hoping his side can transfer that good form into Europe and go far in the Europa League. The away side will first be seeking a morale-boosting win that will tie them on the same points as group leaders Roma.

This surely will be a cracker in the Italian Capital city as Roma attempt to see off their dangerous German challengers.

AS Roma is fancied at 2.27 to get the win, while Monchengladbach are backed at 2.95