Mourinho reveals what convinced him to be AS Roma coach 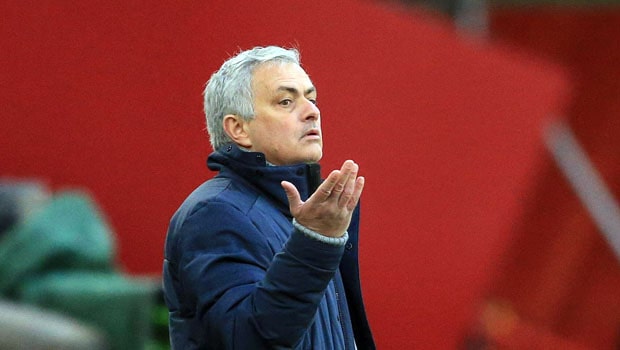 Newly appointed AS Roma coach Jose Mourinho has revealed the reason he chose to the coach of the Gialorossi ahead of next season.

The Portuguese, who Tottenham Hotspurs recently sacked due to lack of results, said he wants to ‘create a winning project at the capital club. He added that he chose Roma due to the incredible passion of the fans.

The Gialorrossi announced after revealing that the outgoing manager, Paulo Fonseca, won’t be getting a new deal as his current contract expires in June.

The Portuguese will be starting with the Gialorrosi all over again after the Stadio Olyumpico outfit failed to secure a spot in Europe. They are currently 7th on the log, with 55 points, nine points behind Lazio, which has a game in hand.

With the absence of such distraction, Mourinho, who is returning to Italy ahead of 2021-22, has won  25 major trophies in his managerial career with FC Porto, Chelsea, Inter, Real Madrid, and Manchester United. He was sacked a week before the Carabao cup final, which Spurs eventually lost 1-0 to Man City.

According to a statement from the Serie A club, the 58-year-old coach has accepted a three-year contract.

Speaking after the announcement, Mourinho expressed appreciation to the Friedkin family for choosing him to lead the club and be part of their vision.

He further stated he immediately understood the full extent of the club’s ambitions after meetings with the owners and Tiago Pinto.

Mourinho further stated that he could not wait to start next season wish Fonseca had already lost the semi-final first leg of the Europa League 6-2 to Manchester United.

The club, in its statement, described the Portuguese as a great champion who has won trophies at every level, expecting him to replicate the same at the club by providing tremendous leadership and experience to their ambitious project.