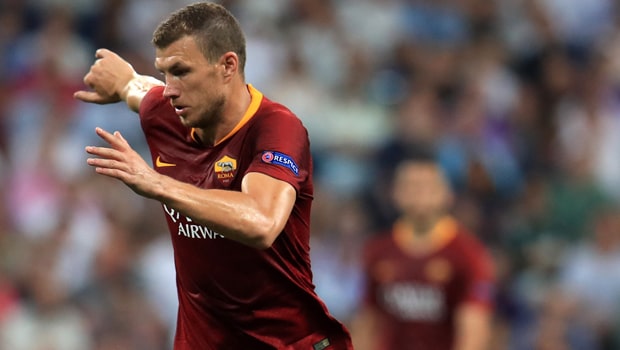 Pellegrini took charge of the Hammers this summer and was extremely busy during the previous transfer window after adding no less than nine players to his squad.

England international Jack Wilshere arrived on a free transfer, while a club-record fee, believed to be around £36million, was spent on acquiring Felipe Anderson from Lazio, amongst other deals.

However, West Ham are still struggling for goals and only three players have found the back of the net in the Premier League this season – Marko Arnautovic (4), Andriy Yarmolenko (2) and Anderson (1).

Pellegrini is eager to land more reinforcements during the January window and it was suggested he was looking at the possibility of bringing in Roma star Dzeko, who has scored two Serie A goals this term.

The duo worked together at Manchester City and it was claimed a reunion could be on the cards but the Chilean tactician has dismissed rumours of a move for the time being.

“You can talk about five, six or seven players that are linked with us. We must not talk about one player,” Pellegrini said.

“I know him well but we are not thinking about that at the moment.”

West Ham return to action on Saturday when they welcome Tottenham Hotspur to the London Stadium and the hosts are 4.00 outsiders to pick up a win.

The draw is priced at 3.75, with Spurs, who are going for a fourth straight league win, are 1.85 favourites.