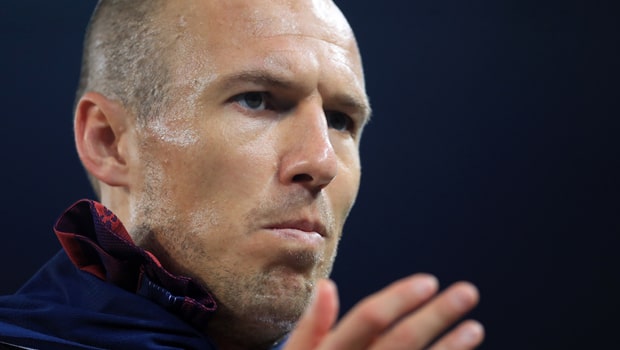 Kovac took charge of the Bavarians this summer, making the switch from Eintracht Frankfurt, and big things were expected after he guided his former employers to DFB-Pokal success last season.

However, the 47-year-old is already under pressure after a four-game winless run that leaves the defending Bundesliga champions sixth in the table, four points behind leaders Borussia Dortmund.

Bayern suffered a disappointing 3-0 home defeat to Borussia Monchengladbach before the international break and will be hoping to put things right when they make the trip to ninth-placed Wolfsburg on Saturday.

Dutchman Robben, who has scored three goals from six league appearances this season, has backed Kovac to thrive at the club although the winger has warned time is running out.

“He is ambitious and a winner type,” he told Kicker.

“He is now looking for ways that we play better football once again. We need to go on a winning run.

“We don’t have much time. We need success. If we win the next three, four games, the critics will be silenced and everything will be fine looking from the outside.”

Bayern are firm 1.36 favourites to pick up the win at the Volkswagen Arena, the draw is priced at 5.00, while the hosts are 9.00 to put another dent in the reigning champions’ defence.

Despite the poor run of form, Kovac’s men lead the outright betting to win the Bundesliga at 1.20, with current leaders Dortmund 4.75 to lift the trophy.