Latest Transfer news in the Italian Serie A 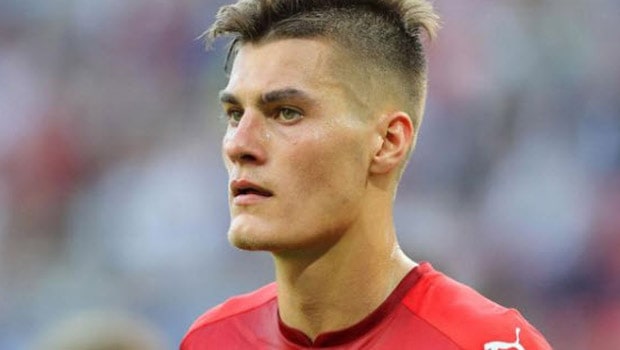 The summer transfer has officially opened on July 27, and some Italian Serie A clubs have been making announcements of their reinforcements.

As a result, let us look at some transfer news in Italy below.

Roma is reportedly looking to sell the Czech striker, Patrik Schick, for €25m this summer.

Schick was loaned to RB Leipzig, who is not ready to trigger the option to buy the former Sampdoria striker despite selling their striker, Timo Werner to Chelsea.

This is because Roma coach Paulo Fonseca doesn’t have him in his plan and thus have no intention of keeping him at the Olimpico ahead of next season.

The 24-year-old was initially signed from the Blucerchiati on loan in July 2017 before turning it to a permanent deal worth €42m a year later.

Schick in 22 Bundesliga games scored ten goals and contributed two assists. Although Leipzig wants him on another loan deal, Roma intends to cash in on him.

The Czech has been linked with a reunion with his former coach Marco Giampaolo at Torino. Other clubs queuing for his service includes Hertha Berlin and Bayer Leverkusen.

In another development, Arsenal striker Alexandre Lacazette could be involved in a swap deal with Juventus winger Douglas Costa.

According to reports, Mikel Arteta wants to sell the Frenchman to balance the books of the club to provide funds for the captain, Pierre-Emeric Aubameyang, who might be signing an improved deal.

Although Athletico, who almost signed him before moving to Arsenal, is still interested in signing him, Lacazette will want a move to the Bianconeri looking for a new striker this summer.

According to The Athletic, the striker might leave Arsenal for €35m as the Gunners are open to discuss a possible exchange deal.

Juventus could move for Lacazette by including Douglas Costa or Cristian Romero in a possible exchange deal.

SportMediaset reports that Messi bought an apartment in Milan, close to his father, who is also his agent, Jorge.

This has led Italian media to be boiling over with rumours of a move to Inter.

Messi had obtained residency in Milan for economic reasons, which give him some tax holiday in the country.