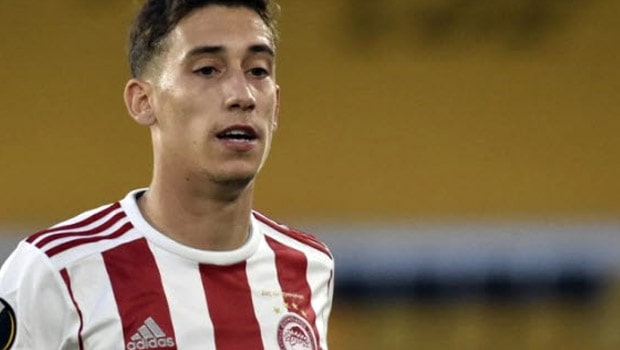 English Premier League champions Liverpool have bolstered their squad for the next season with the signing of the Greek left-back Kostas Tsimikas from Olympiacos.

The player joins on a five-year deal worth £11.7m as he is expected to compete with Andy Robertson for a spot in the starting line up while he has also been handed the number 21 shirt at the Anfield side.

The 24-year-old Kostas Tsimikas stated that he joined the biggest club in the world and stated of his pride and happiness to be at the club and also said that he would give his best for the team.

The defender has 3 appearances for the Greek national team, but in five years at Olympiacos, he made 86 appearances across all competitions winning the Greek league title last season.

His signature was secured after Liverpool’s move for Norwich City’s Jamal Lewis broke down as the Reds failed to meet the valuation of the player.

Manager of the EPL champions Jurgen Klopp revealed that the team has been scouting Kostas before now, and the team are happy that his services have been secured before the players regroup for the new season.

“He is a terrific footballer with an attitude to win and to compete, and I really like his mentality. It fits perfectly with the mood and the desire we have in our dressing room already. Kostas knows from personal experience what is needed to challenge and succeed domestically and in the Champions League, and he is ambitious for more – just like us,” Liverpool manager Jurgen Klopp said on BBC.

Meanwhile, Manchester United’s bid to sign up Borussia Dortmund winger Jadon Sancho is hanging in the balance after the German club’s club’s sporting director Michael Zorc stated that the player would be at the club next season.

“We plan on having Jadon Sancho in our team this season, and the decision is final. I think that answers all our questions,” said Zorc on BBC.