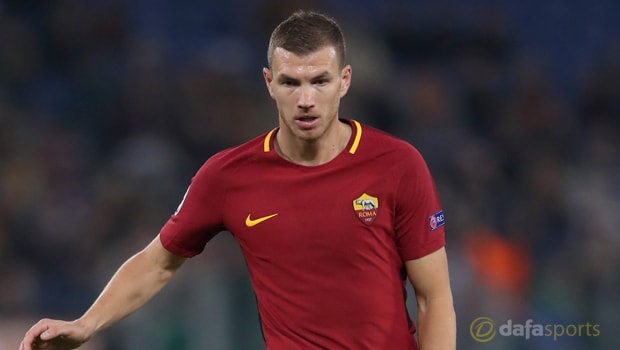 Match winner Edin Dzeko admitted it was a proud moment to fire Roma into the last-eight of the Champions League.

Dzeko’s second-half strike on Tuesday ensured Roma reached the Champions League quarter-finals for the first time since 2008 with victory over 10-man Shakhtar Donetsk in the Italian capital.

Ukrainians Shakhtar had Ivan Ordets sent off after he pulled Dzeko down late on, leaving Roma, who lost the first leg 2-1, to go through on away goals.

Former Manchester City forward Dzeko latched on to Kevin Strootman’s through ball before poking it between Andriy Pyatov’s legs for the crucial goal seven minutes into the second half.

He says it feels good to know that Roma are amongst “the best eight teams in Europe” and was keen to stress the collective effort that got them there.

“The standing ovation is not for me but for everyone – we are deservedly in the quarter-finals,” he said.

“We managed to do something Roma hadn’t in 10 years, so going forward to play against the best makes us all very proud. We are among the eight best sides in Europe.”

Roma boss Eusebio di Francesco insists he was always relaxed that his team would find the goal required to oust Shakhtar and he says there is no reason to fear any team in Friday’s quarter-final draw.

“We knew that sooner or later they would make a mistake and we’d pounce on it,” he said.

“If we face any opponent with this attitude and determination, we can go far.”

Roma are 34.00 to win the Champions League this season, with Manchester City favourites at 4.00.