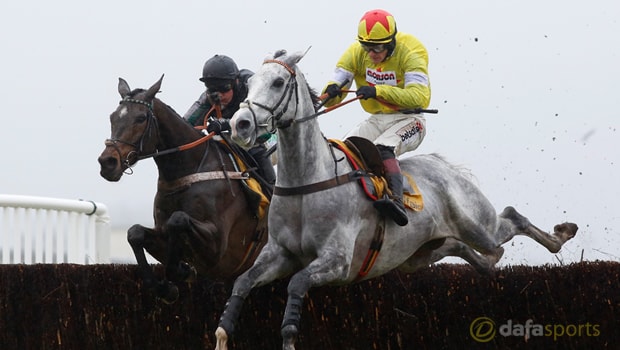 The Queen Mother Champion Chase is the main event on day two of the Cheltenham Festival and it brings together a trio of star performers.

Altior, unbeaten in a dozen starts over jumps, faces the Willie Mullins-trained pair Douvan and Min in what trainer Nicky Henderson expects to be a ‘titanic struggle’.

Altior has won the Supreme Novices’ Hurdle and the Arkle in his previous trips to the festival, races that Douvan had collected prior to him.

Min was second to the Seven Barrows star in the Supreme of 2016, while last year Douvan’s own unbeaten record was shattered in the Queen Mother Champion Chase as he suffered midrace injury.

Having not raced since, he is back seeking redemption and has been chosen as the mount of Ruby Walsh.

Paul Townend, runner-up in the Champion Hurdle on Melon, will be on board Min, who had been expected to re-oppose Altior in last year’s Arkle before injury ruled him out.

Altior looked as good as ever in winning last month’s Game Spirit Chase at Newbury and trainer Henderson has no concerns that the minor setback he suffered on Monday morning when found lame will have an impact.

“What happened to him wouldn’t be that unusual with a horse at all. It happens all the time, which is why it was very simple to treat,” he said.

“Attention will now shift to a titanic showdown with Douvan in [the] Queen Mother Champion Chase.”