Posted by OLADIPUPO MOJEED on December 10, 2020 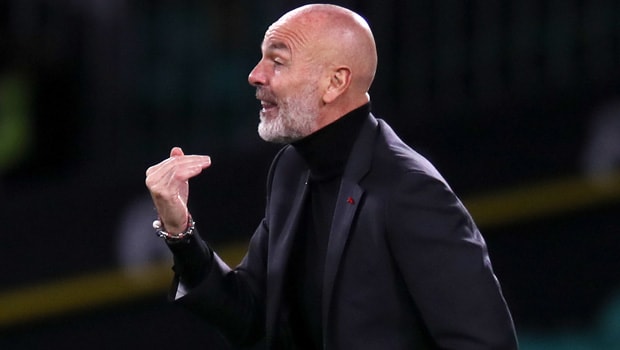 AC Milan coach Stefano Pioli has given an update on a star player, Zlatan Ibrahimovic. According to the tactician, the 39-year-old Swede is feeling better.

Ibrahimovic has been out of two games for the Rossoneri due to injury. AC Milan continued their unbeaten run in Serie A with a 2-1 win over Sampdoria.

The Rossoneri is currently topping the log with 26 points, five points better than Inter Milan that recorded a 3-1 win against Bologna. Napoli and Juventus complete the top four with 20 points each.

Speaking at a press conference ahead of their visit to Czech republic for a Europa League encounter against Sparta Prague, he confirmed that Rafael Leao who has been out of action since the international break has returned to the squad.

The Portuguese could be involved in the action as the Pioli intends to rotate the team, having qualified for the Round of 32 of the European club second-tier tournament.

While noting that he has enough players, the former Inter Milan coach noted that there are enough games for players to be rotated. He is therefore planning to feature some who have played fewer games since the beginning of the season.

While describing his team as a competitive side, Pioli thanked the club for getting him enough players of quality to prosecute games. He also promised to try his possible best to secure a win.

Speaking of their last victory at Sampdoria, the tactician noted that it’s normal to celebrate a win, but they must focus on the next match the following day, adding that he is satisfied with his squad performance.

Pioli also stated that no one could give 100 percent at the moment in football believes his young squad can still improve.

Also, out of action alongside Ibrahimovic is Ismael Bennacer. According to the manager, Bennacer won’t be involved in tonight’s action due to an unspecified injury but will be available for selection on Sunday against Parma.