Posted by Ayotunde Omolayole on September 17, 2019 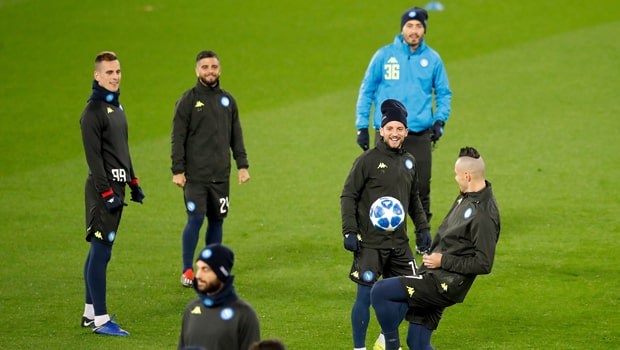 Match Day 3 of the ongoing Italian Serie A season was played over the weekend with varying fortunes for all teams involved. 9 matches took place across various stadiums around the country with a total of 27 goals scored in all games.

The first fixture of the weekend involved Juventus FC who travelled away to face ACF Fiorentina. The Old Lady never got going with star player Cristiano Ronaldo uncharacteristically off form in front of goal.

The home side was able to nullify all the attacking threats of Coach Maurizio Sarri’s side as the game petered out into an uneventful 0-0 draw. The draw left The Turin giants 3rd on the log table. Fiorentina, despite pulling a creditable draw against the Champions, dropped to 18th on the league table.

In some other results, SSC Napoli achieved a hard-fought 2-0 win over UC Sampdoria, playing in front of their home fans for the first time this season.

Belgian Forward Dries Mertens continued his impressive start to the season scoring a brace in the 13th and 67th minute of the match leaving him joint second on the goal scorers’ chart with three goals from 3 matches. The win leaves the Neopolitans 5th on the league table, while Sampdoria stays at the bottom of the table as they continue to strive for their first points of the league campaign.

Napoli are fancied at 1.41 to win US Lecce in their next fixture. While US Lecce are priced at 8.01 to get a shock win

The game of the round took place at the Stadio Mario Rigamonti where home side Brescia Calcio played out an entertaining 4-3 loss to visitors Bologna FC. The Biancazzuri started in strong fashion scoring two goals in 9 minutes with double strikes from forward Alfredo Donnarumma in the 10th and 19th minute respectively.

The Rossoblu hit back through Mattia Bati in the 36th minute to leave scores at 2-1 in favour of the home team. Brescia defender Andrea Cistana then scored in the 42nd minute to restore the home side’s two-goal cushion.

However, a second-half red card to Brescia midfielder Daniele Dessena completely changed the outlook of the game. The away team went on to make their one-man advantage count. Goals from Rodrigo Palacio in the 56th minute, and Riccardo Orsolini in the 80th either side of an unfortunate Stefano Sabelli own goal in the 60th minute condemned Brescia to their second loss of the season.

In other results, Inter Milan beat 10-man Udinese Calcio to stay at the top of the table with 9 points from 3 games. Top league scorer Domenico Berardi’s double strike could not prevent his team US Sassuolo from going down 4-2 away at AS Roma. AC Milan, Cagliari Calcio and Atalanta BC recorded 1-0, 3-1 and 2-1 away victories respectively. Northern Italian side SPAL defeated SS Lazio 2-1 at home to round off the weekend fixtures.

Matchday 3 was concluded on Monday when Torino FC hosted US Lecce at the Stadio Olimpico Grande Torino.